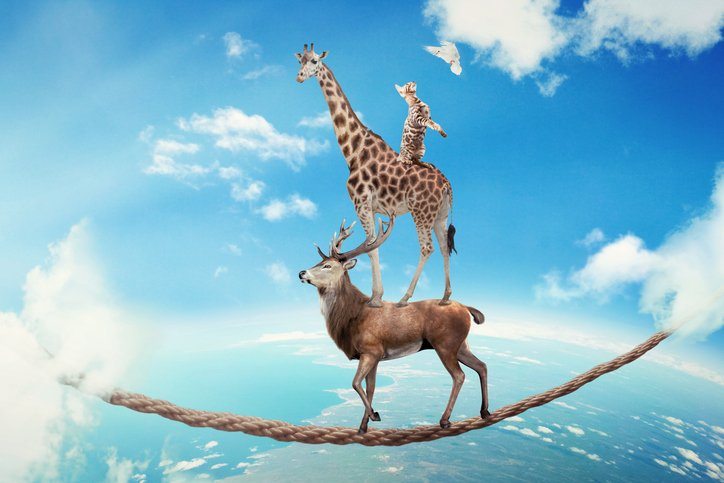 Toys ‘R Us officially going out of business serves as a reminder that the retail landscape is changing more rapidly than ever. But one thing that’s remaining consistent: Whatever happens, Amazon is right there leading the pack.

CPC Strategy recently surveyed 1,500 American consumers about their Amazon shopping habits. The marketing services agency found that the main principle guiding those habits is trust. And that goes for both sellers and shoppers.

Based on input from more than 15,000 small and medium-sized business owners, business networking site Alignable found that SMB consider Amazon to be their most trusted partner. According to Statista, consumers also trust Amazon with their personal data more than any other tech giant, and even their telecommunications providers.

Here are fives ways trust is ingrained in the Amazon shopping experience:

Because people trust Amazon — and its seamless return policy — consumers are more inclined to try new things. CPC Strategy found that 80% of consumers discover new products on the site at least sometimes, up from 50% last year. Similarly, 53.4% of shoppers are more willing to try an unfamiliar brand on Amazon than elsewhere, another advantage for smaller merchants. 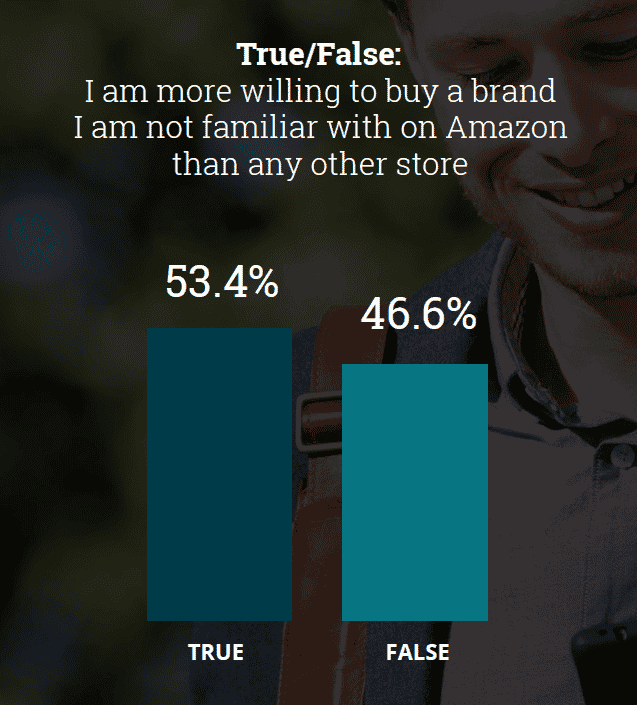 Trust is also a factor in voice shopping, given that consumers can’t see product details, compare prices or read reviews. Still, many people don’t consider that a deterrent; 14.2% of shoppers made a purchase via a voice-enabled device in the last six months. OC&C Strategy Consultants estimates the voice shopping market will jump from $2 billion today to $40 billion within four years.

Amazon has had problems with counterfeit products before, something publicized widely when Birkenstock’s USA CEO criticized how easy it was for scammers to thrive on the company’s “open market.” Still, only 14.4% of people are “very concerned” with buying something fraudulent and 28.7% aren’t the least bit concerned.

However, Pat Petriello, Head of Marketplace Strategy at CPC Strategy, points out that counterfeiting isn’t actually the largest brand protection issue plaguing Amazon sellers. “It’s unauthorized sellers of authentic products, which is a big difference,” he says. “Active monitoring, cease and desist leaders, and ardent legal action are all arrows in the quiver of a truly committed brand.”

Convenience is an obvious benefit of online shopping, but it’s only the second-most common reason people shop on Amazon. While a quarter praise convenience, 41.9% of Amazon shoppers are focused on price, first and foremost.

It’s an interesting stat when paired with this one: Only a quarter of them always compare prices on other sites. Half do sometimes and the other quarter never even bother; they simply take it at face value that Amazon will offer them the best deals. 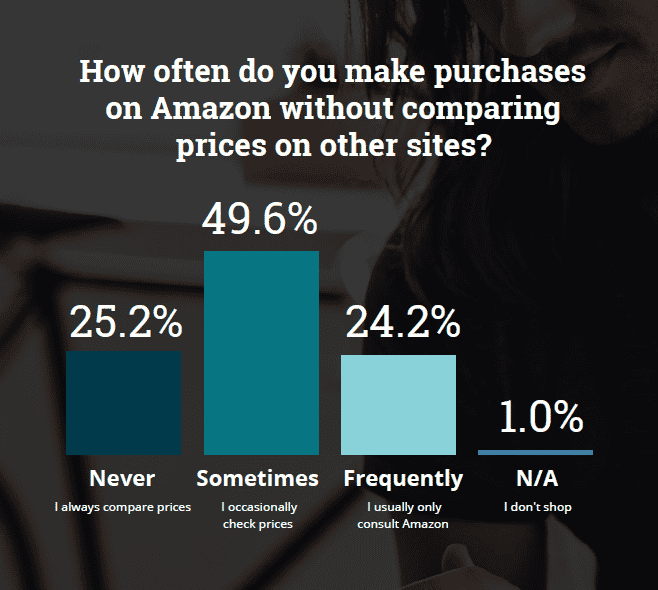 JPMorgan Chase estimates that Amazon’s advertising revenue will balloon to $4.5 billion this year, a 61% increase over 2017. Within two years, eMarketer expects the company to displace Oath and Microsoft, becoming the third-top-selling digital advertiser in the U.S. If this sounds like cause for concern for consumers, it’s not.

The overwhelming majority of Amazon shoppers (65%) rarely notice ads, which means they don’t find them disruptive or interruptive. Only 9.6% mistrust them, while 25.4% actively find value.

Many larger, more established brands choose not to sell on Amazon, indirectly giving smaller merchants a boost in sales — and on Amazon’s algorithm. A9 reflects what you’re most likely to buy, meaning a product’s popularity is a factor.

According to the company’s internal data, 81% of Amazon’s clicks go-to brands on the first page of product results; 64% are in the first three items. Only 30% ever make it to page two of the search results. Comparatively speaking, that’s almost generous; only 25% of Google searchers make it past the first page.

“It all comes down to a consumer’s trust that Amazon will serve the most relevant products at the top of the search engine result page for any given search,” explains Jordan Gisch, Senior Marketplace Channel Analyst at CPC Strategy.

Despite being the epitome of capitalism (Jeff Bezos is the richest person in the world, with a net worth higher than the GDP of 130 countries) Amazon is, in a way, democratizing ecommerce. Smaller brands have a unique opportunity to thrive on Amazon, thanks to decreased competition, but also the openness of shoppers.

Consumers have so much faith in Amazon as a company, they’re increasingly willing to make purchases on new and unseen products, without questioning their quality. That’s a win for shoppers and merchants alike — but more importantly, it’s a win for Amazon.