Marketing Blog → Clothing and Convenience: Why Consumers Increasingly Look to Amazon for Apparel

Clothing and Convenience: Why Consumers Increasingly Look to Amazon for Apparel 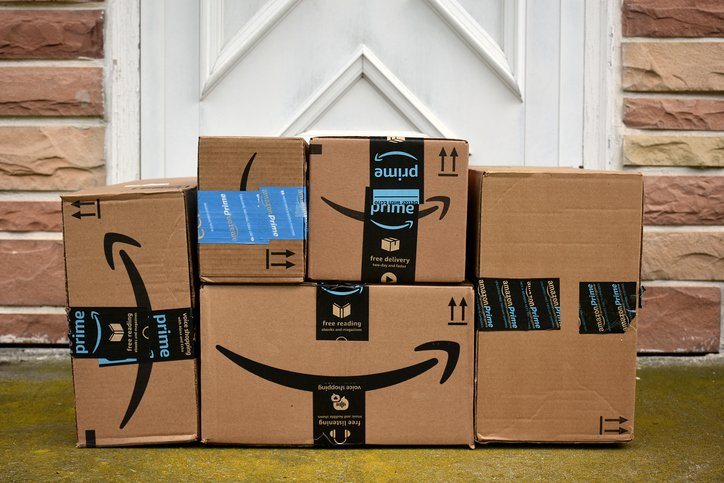 During Q3 of last year, Amazon made $43.7 billion in revenue, selling seemingly every product under the sun: consumer packaged goods (CPG) and baby products, books, an afro wig for your dog. The August Whole Foods acquisition beefs up the company’s grocery offering. It seems like clothes are just about the only thing people aren’t buying on Amazon, right?

It’s true that some retailers consciously avoid Amazon. Some feel that by selling on Amazon, they’re forfeiting the ability to control the customer experience. Others think it devalues their brands. But there are plenty of retailers who disagree. Cowen & Co. predict that Amazon will sell $28 billion worth of clothing this year. By 2021, the brokerage projects that number will more than double to $62 billion.

For its U.S. Forecast on Apparel Shopping Trends, CPC Strategy and San Francisco research firm Survata interviewed 1,500 consumers about how they browse and buy clothing. The survey wasn’t intended to revolve around Amazon, but that’s what ended up happening once the companies realized just how much people turn to the ecommerce behemoth for apparel.

Individual retailers’ websites are the go-to for 46.7% of respondents’ online shopping. But even more (52.1%) buy the bulk of their clothing on Amazon. It turns out, consumers shop for clothes on Amazon for the same reasons they buy everything else there. Two-thirds of the survey’s respondents have purchased clothing on Amazon in the last six months. Of those who did, 30.8% were wooed by the fast and free shipping. An additional 24.7% cited price.

In third place was convenience. While it can be argued that fast and free shipping falls under that umbrella, for many people, convenience refers to the ease of returns.

According to 2015 research from the National Retail Federation, online purchases are returned at a rate of 15 to 30%, compared with only 8% of merchandise purchased in-store. It makes sense: buying online, you can’t try something on. Maybe the shade of blue looks different on the website.

No matter the reason, returning online purchases can be a giant hassle. However, Amazon instills trust in consumers there. Prime is a known quantity; people know that making a return will be as frictionless as possible.

That sense of trust also applies to secure checkout, which 35% of online shoppers prioritize over anything else. Given the magnitude of security breaches in 2017—the July hacking of Equifax alone compromised the personal data of 145 million people—that confidence is even more crucial.

What people are purchasing

Amazon’s investment in itself is paying off. The company has 41 private-label brands, 29 of which are in the apparel space. The largest, Lark & Ro, has doubled year-over-year, contributing to the company’s private-label apparel business earning $21 million in revenue during the first three quarters of last year.

It sounds like a lot—well, it is a lot—but $21 million is a drop in the bucket for Amazon. The company makes the bulk of its revenue acting as a third-party seller. In apparel, that largely means casualwear, such 54.9% of respondents purchased on Amazon in the last six months.

Nearly one-third also bought outerwear, loungewear and basics. In general, people gravitate toward items with more straightforward sizing, such as T-shirts and sundresses, as opposed to formalwear that often has to be tailored.

For men, underwear is a particularly popular purchase on Amazon. According to L2, brands like Hanes and Fruit of the Loom account for 31% of the best-selling listings in menswear. By comparison, underwear only makes up 11% of the best sellers in women’s clothing.

Since underwear is such a popular purchase, Calvin Klein launched a line exclusive for Amazon. These products are available on the website, but could also be found at in-store pop ups that took place throughout the holiday season, where consumers could make purchases through Alexa and the Amazon app. (The latter is key. According to comScore’s 2017 U.S. Mobile App Report, 35% of millennials consider the Amazon app “essential,” ranking it above even Facebook.) 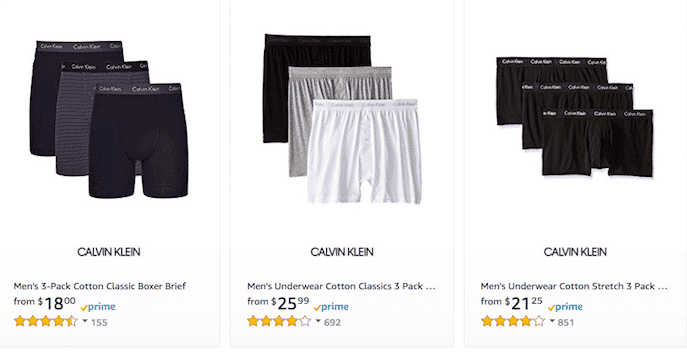 More than anything, Calvin Klein demonstrates the report’s two biggest takeaways for marketers.

First, the brand works with Amazon without working against itself. Some product categories are more prevalent on the site than others. While fashion isn’t quite there—yet?—Calvin Klein has developed a product line tailed for what does sell. And more importantly, they demonstrate an understanding of the symbiotic relationship between on- and offline, which every retailer must master.