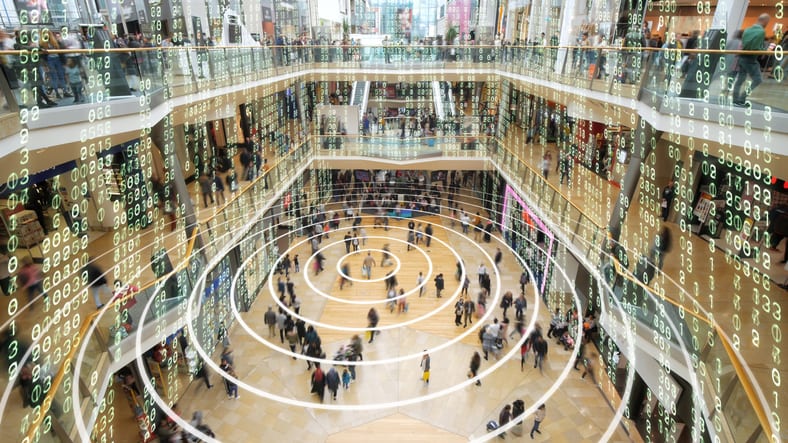 Once the world’s largest retailer, Sears was omnipresent with thousands of brick-and-mortar stores throughout the U.S. As of 2018’s second quarter, there were just 506 Sears locations left and plenty of them are on their way out. How do consumers feel about this? Many just… don’t.

Sears is just one retailer with an ever-shrinking physical presence. Over the course of 2017, nearly 7,000 stores closed in the U.S. Surveying 1,000 American consumers,Sailthru found that 18.3% didn’t care while 39.6% missed them. But nearly as many (38.9%) didn’t even notice.

On the surface, it sounds like people just don’t like brick-and-mortar stores and prefer to shop online. Our research says otherwise; 37.9% of our respondents in the U.S. reported “more satisfaction shopping in-store” compared with 16.7% who feel that way about ecommerce. In many cases, people prefer brick-and-mortar shopping experiences with digital elements.

Consumers Like Brick-and-Mortar Shopping, Preferably with a Digitally-Enhanced Experience

Consumers’ indifference about closures says less about brick-and-mortar stores and more about the brands occupying them. The Internet has democratized shopping and nobody needs to go to a store — unless they want to. And as long as the experience is seamless and modern, they do.

We asked consumers which only retailers they’d like to see open more physical locations, offering Amazon, Wayfair, Zappos, ASOS, Rent the Runway and “none” as options. Forty percent of respondents chose Amazon, which boasts the techiest, most futuristic stores around.

Through a combination of deep learning algorithms, computer vision and sensor fusion — or “just walk out technology,” as Amazon calls it — Amazon Go shoppers don’t even need to take out their wallets. Their purchases are paid for automatically in-app.

Technology in brick-and-mortar stores doesn’t need to be that advanced. Of our U.S. respondents, 64.6% believe something digital enhances their in-store experience, such as the ability to use mobile payments or in-app loyalty programs, or make purchases without waiting in line at a cash register. Arguably the simplest option — buying items in brick-and-mortar stores and having them shipped home — was also the most popular; 19.5% of respondents believe this has enhanced their experience.

According to Deloitte Digital, digital channels influence 56 cents of every dollar spent in brick-and-mortar stores. When it comes to technology in brick-and-mortar stores, there’s no digital channel more relevant than mobile. It makes sense once you consider that we are rarely without our phones by our sides; the average American checks their phone every 12 minutes.

Armed with all the information in the world, we can research items before we buy them, and read reviews and compare prices while in a store. In many cases, our smartphones are the catalyst for getting us into brick-and-mortar stores in the first place.

About one-third of consumers in the U.S. have been moved to action by push notifications from brands, especially if there’s a promotion involved. Most commonly, people receive promotions via push notification and then go redeem them at brick-and-mortar stores. Shoppers also order items to store for pick-up and once they’re there, many of them also purchase products recommended via push.

Similarly, email factors heavily into smartphone shopping. Last year, The Relevancy Group found that 86% of consumers have at least one email account on their smartphones. What’s more, 40% primarily check email on their phones.

Like push notifications, one-third of consumers we spoke to in the U.S. have visited a brick-and-mortar store because of email. Consumers have attended in-store events they learned about via email, and even more have gone to stores to purchase a recommended product or redeem a discount they received via email.

For more insights about how digital shapes consumers attitudes there, download our Brick-and-Mortar Blindness research here.