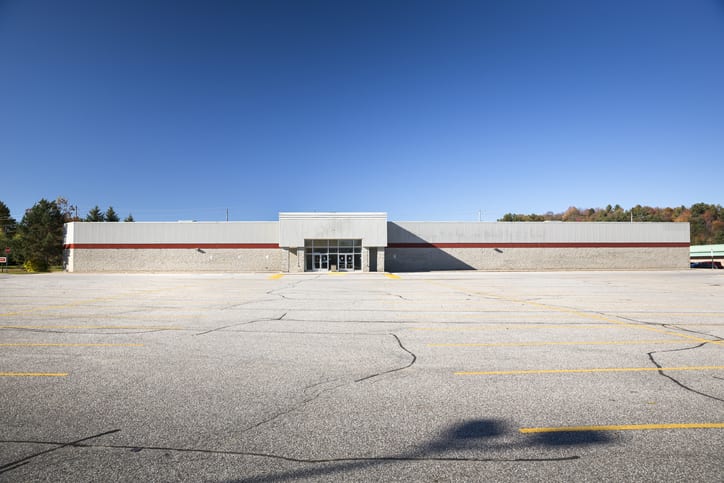 Nearly a century and a half ago, a Minnesota railroad station agent bought a bunch of unwanted watches from a local jeweler. He sold them to his coworkers, which inspired the mail order watch business that would eventually become a catalog. The man’s name was Richard Warren Sears. Yes, that Sears.

Deemed “The Consumers’ Bible,” the Sears catalog began with watches and jewelry, eventually expanding to just about everything: toys, sporting goods, appliances, automobiles, groceries. And much like its current counterpart, Amazon, Sears enjoyed an enormous level of success. It was the first major retailer to ever go public and the largest retailer in the world… until it wasn’t. 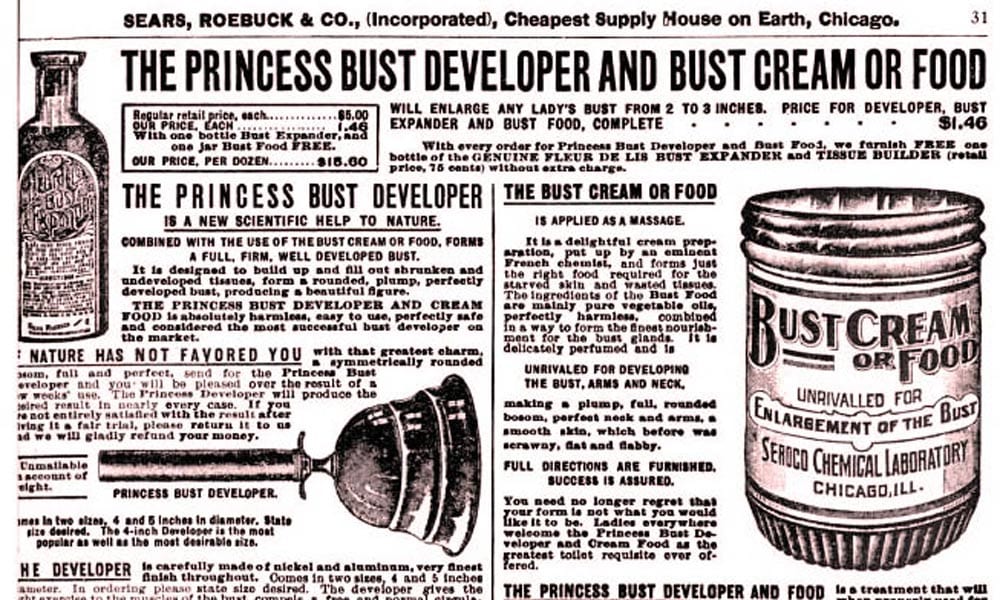 Sears filed for Chapter 11 bankruptcy protection in October, with retail locations closing left and right. And according to Sailthru’s latest research, Brick-and-Mortar Blindness, many shoppers are so indifferent that they haven’t even noticed.

If a Retail Store Closes and Doesn’t Make a Sound, Does Anyone Notice?

Between the U.S. and the U.K., nearly 13,000 retail stores closed in 2017, a 200% increase from the previous year. To learn more about consumers’ attitudes toward physical retail, we surveyed 1,000 people in the U.S. and 1,081 more in the U.K. The first question we asked was, “As more national chains close, how has this typically influenced you?”

More often than not, it didn’t. Less than half the American respondents had an emotional reaction, whether they were happy or sad to see these shuttered retailers go. On the other hand, 57.2% didn’t notice or they did notice, but didn’t care. British consumers were more generally nostalgic; 58.3% missed the stores. 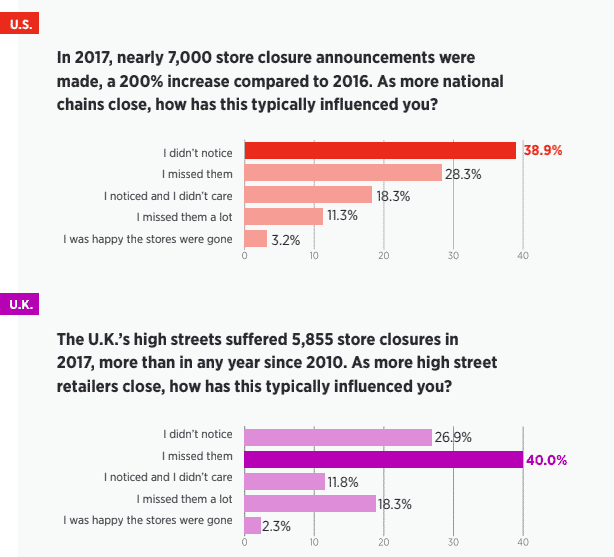 Which retailers do these shoppers long for? Nearly one-quarter said House of Fraser, a department store group with even more heritage than Sears. Having been founded in 1849 when Queen Victoria sat on the throne, House of Fraser will soon have fewer than 30 retail stores left. But while British respondents miss House of Fraser more than New Look, Store Twenty One or Mothercare, that wasn’t actually the most popular answer. The retailer they actually miss the most? “None,” as 44.6% answered. “None” was also the most common answer stateside, though it wasn’t as much of a landslide. Twenty-four percent of Americans are sentimental for Sears, while 21.3% are sad about no longer being Toys “R” Us kids.

Throwing that off even more, 51.7% of American and 58.8% of British consumers believe that when national retail chains shut down, there’s a negative impact on their neighborhoods. In both countries, only about 8.5% saw these vacancies as positive.

That tells us that brick-and-mortar blindness is less about physical stores and more about the brands occupying them. The average person likes in-store more than online shopping; they just ask for modern brick-and-click experiences that include seamless integrations between online, mobile and physical touchpoints.

We already drew a parallel between Sears and (its partner) Amazon, two retail juggernauts operating in different eras. While failure to adapt was Sears’ fatal flaw (as well as that of many of the other large, legacy brands on CB Insights’ Retail Bankruptcies timeline) Amazon is well-regarded for its modern customer experience.

Amazon Go provides one of the most technologically-advanced retail experiences around. Between mobile apps, facial recognition software and artificial intelligence, Amazon Go boasts enough futuristic features that you don’t ever have to wait in lines. Or even open your wallet.

For more insights about brick-and-mortar retail and how digital shapes consumers attitudes there, download our Brick-and-Mortar Blindness research here.