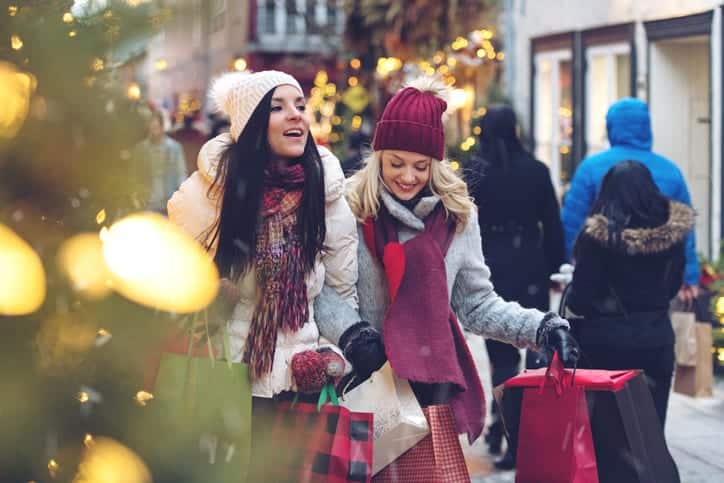 Analyzing store visits throughout Thanksgiving weekend, retail analytics platform ShopperTalk unearthed a surprising stat. Foot traffic in malls and brick-and-mortar stores was down 1.7% across the U.S. on Black Friday. Could it be that people aren’t doing as much holiday shopping as they used to?

Of course not. Over the five days between Thanksgiving and Cyber Monday, American consumers spent a whopping $58.5 billon, a 19.9% increase over the previous year. The weekend was particularly great for ecommerce, as retailers like Amazon, Walmart and Target made free shipping available to everyone.

Black Friday sales hit $6.22 billion, a 23.6% increase over the previous year. It had the distinction of being the most lucrative online shopping day in U.S. history, at least until Cyber Monday smashed those records, generating $7.9 billion in sales. 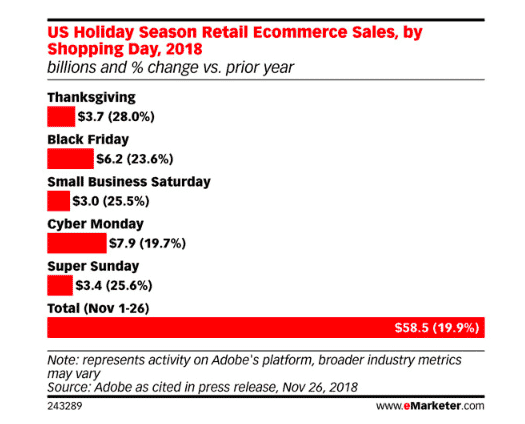 It’s been a few days and the dust has settled. Here are five of the major shopping trends:

The rise of mobile commerce on Cyber Monday…

Smartphones and tablets accounted for more than 65% of retail site traffic. That’s slightly above average for November, though mobile traffic outperformed desktop all month. But while desktop still makes up the lion’s share of actual sales throughout the weekend, mobile commerce grew 43% year-over-year. For the first time ever, more than 50% of Cyber Monday sales came from mobile devices, which means mobile-friendly shopping experiences are paying off for retailers. (record $2.2 billion on Cyber Monday) Smartphone sales were especially strong between 10 p.m. and 1 a.m. EST, pointing to an increase in in-bed shopping.

…and click-and-collect on Black Friday

As more retailers improve their “buy online, pick-up in-store” options, more consumers are responding. Click-and-collect was up 65% YoY. It was even higher day-over-day, 73%, from Thursday to Friday. The Associated Press speculated that if this trend continues, Black Friday and Cyber Monday may blur into one big super shopping extravaganza.

The most successful subject lines

No surprise here: Amazon had a great weekend. Cyber Monday dethroned Prime Day as the ecommerce behemoth’s most successful day, though Amazon’s YoY growth wasn’t as strong as some other retailers, according to eMarketer. Target, which has been investing in its ecommerce capabilities all year, saw a 19% growth rate, to Amazon’s 17%. Meanwhile, Walmart, Macy’s and Nordstrom all increased sales by more than 30% over the previous year. Which retailer saw the most improvement? None of the above; it was Kohl’s, which experienced a whopping 42% growth YoY. Kohl’s partnered with Amazon for returns, which may have helped.

Our friends at CPC Strategy looked at their customer data across Google Shopping, Search and Display spend. Compared with last year, their average account’s revenue was up 49.2%. Revenue and clicks were especially high on display ads, particularly when utilized in tandem with Facebook. CPC Strategy found that advertisers had the best Cyber Weekend performances when they generated top of funnel awareness on Facebook during October and early November, creating a sense of familiarity by the time consumers researched branded keywords on Google closer to the holidays.

Why Personalization is a Business Strategy Critical to the Modern Brand