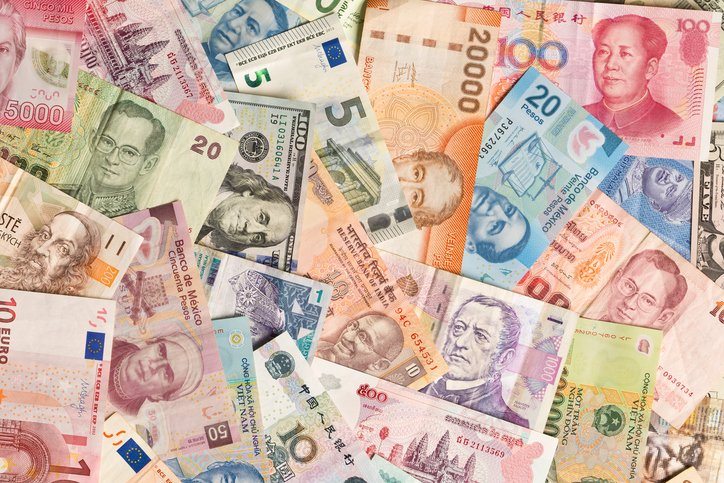 The first quarter of 2018 may have just closed, but retail analysts are already looking toward the end of the year. eMarketer recently predicted another season of strong ecommerce sales growth. In addition, we’ll review publishers’ expanding revenue streams and how one retailer uses Airbnb for engagement.

In an interesting omnichannel twist, retailer Marin Layer is opening Airbnb apartments above its retail locations. The retailer decorated apartments in Chicago, Portland and New Orleans with the brand’s “retro” aesthetic. A Nashville location will open later this summer, with New York, Washington and Austin to follow.

“We’re in an age where the traditional rules of retail and apparel don’t apply anymore. Brands have to think about new and different ways to connect with their customers,” company founder Michael Natenshon told Racked. “This opportunity is a next-step evolution.” Natenshon sees these Airbnb apartments “as a funny extension of the brand.” Maybe, but it shows that the notion of reaching consumers through existing networks can include both physical and digital connections.

Paywalls may be right for news-focused publishers, but it’s not the only way for online media companies to expand revenue streams. At the recent Digiday Publishing Summit, publishers discussed a variety of programs they are exploring that don’t rely on either advertising or gating content. Instead, the focus is on selling more to engaged readers and subscribers.

Later this year, The Daily Beast plans to offer a “value-added” membership. This option gives avid readers access to exclusive events and gatherings. For $3 a month, theSkimm’s calendar app offers deeper coverage of topics in the main newsletter. The app is targeted at the free publication’s 10 million-plus engaged readers.

Membership models offering unique content and experiences help retain subscribers. At USA TODAY, for example, retention of subscribers registered with its free membership program is three to four times higher than that of subscribers who aren’t registered.

According to Insider, Inc. CRO Pete Spande, the publisher’s focus is building out a revenue model evenly split between ads, subscriptions, and commerce and content licensing. Today, advertising accounts for between 60 and 70% of revenue.

eMarketer already has its finger on the pulse of end-of-year sales, predicting ecommerce sales growth of 15.3% for 2018. This represents a slightly slower, but still solid, growth rate than last year’s 17.8%. 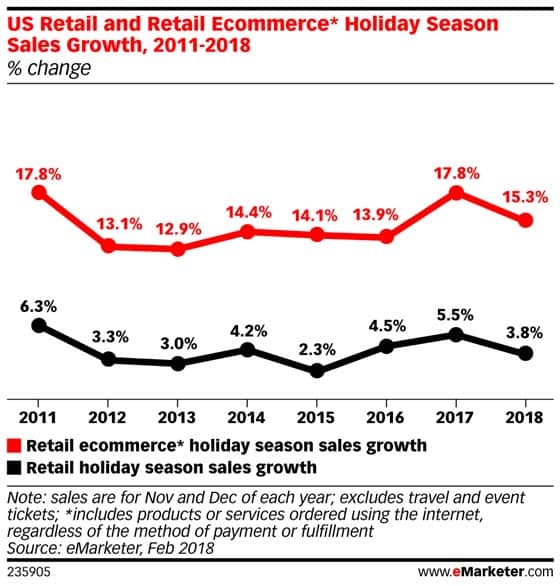 With this outlook, eMarketer advises retailers to plan their holiday seasons based on last year. Thanks to ecommerce, the continually expanding holiday season extends well beyond Cyber Monday. Many ecommerce transactions happen on Thanksgiving Day, and even more came through on Black Friday last year. The day before Thanksgiving brought in $1.82 billion of ecommerce sales, or 17.7% year-over-year growth.

Cyber Monday is still the strongest individual sales day for ecommerce. However, it’s only one element of a much longer shopping season. In one recent survey, 45% of retailers characterized Black Friday as an “event” that lasts more than four days.