Marketing Blog → Target Rebounds Thanks to Ecommerce, While Publishers Personalize Paywalls and Get “Smarticles”

Target Rebounds Thanks to Ecommerce, While Publishers Personalize Paywalls and Get “Smarticles” 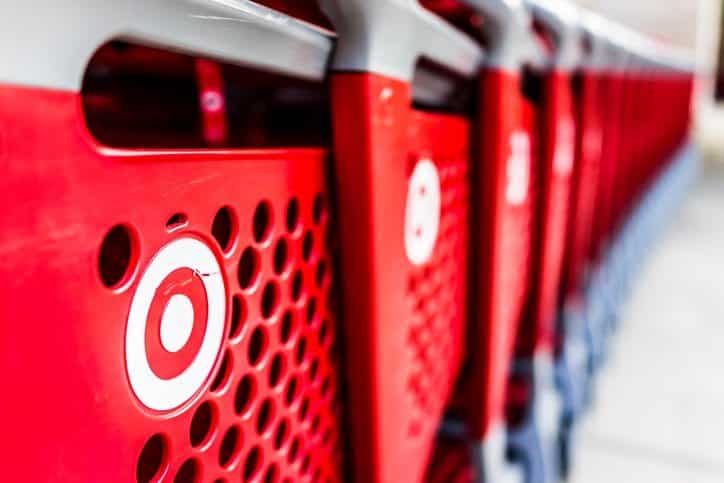 Target, which managed a critical sales turnaround during 2017, is expanding its omnichannel strategy to accelerate its increasing ecommerce market share. We’ll look at how this is working, and also explore two innovative uses of personalization at major digital publishers. Hearst and The Wall Street Journal now have personalized paywalls. The Guardian also has a new tool for reader engagement it calls — yikes! — “smarticles.”

Target announced plans to expand its omnichannel efforts with free two-day delivery and curbside pick up. These new services come on top of the same-day delivery service now available at 440 stores.

“We’re accelerating the pace, pushing even harder, moving faster than ever before,” said Target CEO Brian Cornell at the company’s annual investors’ meeting March 6. “This strategy is going to make Target America’s easiest place to shop.” 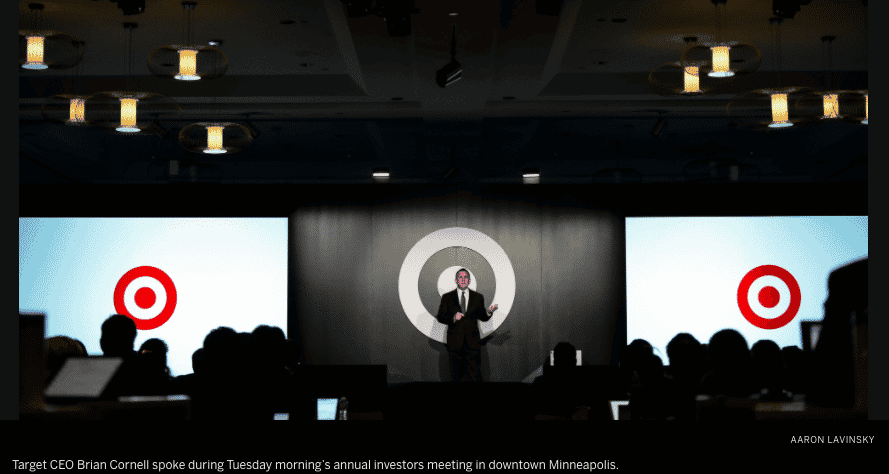 At this time last year, Target sales were down 1.5%. Thanks to a $7 billion investment in in-store and digital strategy during 2017, the retailer experienced a turnaround, increasing sales by 10%. During the last quarter of 2017, ecommerce sales grew 29% year over year. Target now ships online orders from 1,400 of its stores. The brand will continue making stores better equipped for omnichannel experiences.

Moody’s analyst Charlie O’Shea pointed out that online sales growth of nearly 30% for the quarter exceeds industry levels. “Target continues to demonstrate the effectiveness of its store base in its multi-channel transition,” he told Retail Dive.

This digital win was slightly offset by decreased gross margins, caused in part by ecommerce order fulfillment expenses. But Target’s focus on increasing its ecommerce market share will be key to its ability to thrive in the long haul.

Personalized Paywalls at WSJ and Hearst Are All About Conversion

Paywalls at The Wall Street Journal and at Hearst’s 68 papers are now personalized for non-subscribers. They’re also activated — or not — depending upon how much someone reads, what they’re reading, and their likelihood of becoming a subscriber. 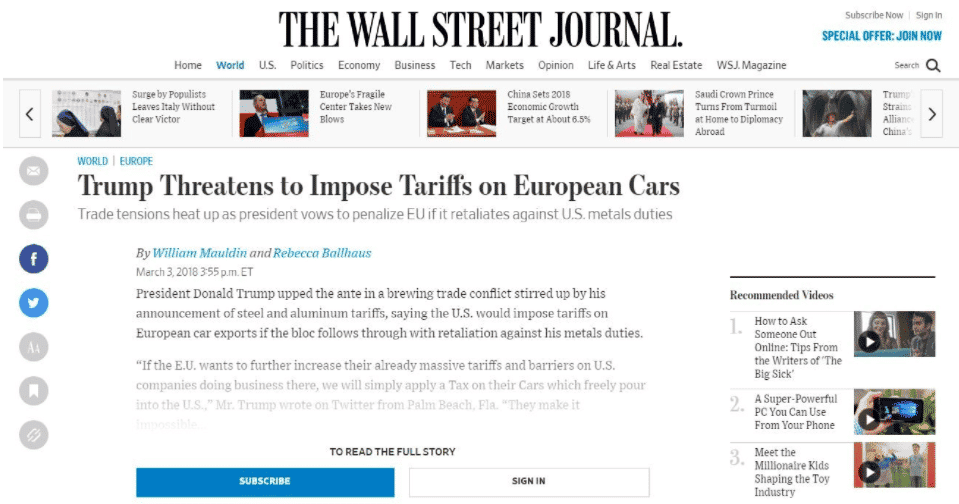 Non-subscribers visiting WSJ.com get scored based on 60 different signals that indicate how likely they are to subscribe. Signals include the visitor’s operating system and device, which stories they’re clicking on, their location, and demographic data inferred from that location. They then fall into hot, warm, or cold groups, indicating their likelihood of subscribing, explained Karl Wells, The Journal’s general manager for membership.

“We’ve found that if we open up the paywall to those who have a low propensity to subscribe, then their likelihood to subscribe goes up,” said Wells.

Hearst Newspapers’ customizable paywall watches what visitors are reading and works to identify the most engaged readers. The publisher then generates subscription offers using that information, personalizing them based on reader behavior. Sports fans, for example, receive offers about staying up-to-date on their favorite teams.

For both publishers, this strategy has been successful. Overall, the number of new subscribers for Hearst Newspapers has jumped 10%. Hearst’s Albany Times-Union has doubled subscribers since it began testing the new paywall in September. The Wall Street Journal declined to provide conversion numbers for its new paywall strategy. However, Wells did point to an increase of 1.08 million subscribers over the past year.

The Guardian is experimenting with smarticles, a new story format that atomizes big breaking stories into small parts. The publisher then shows those parts to readers in a series of blocks at strategic times. 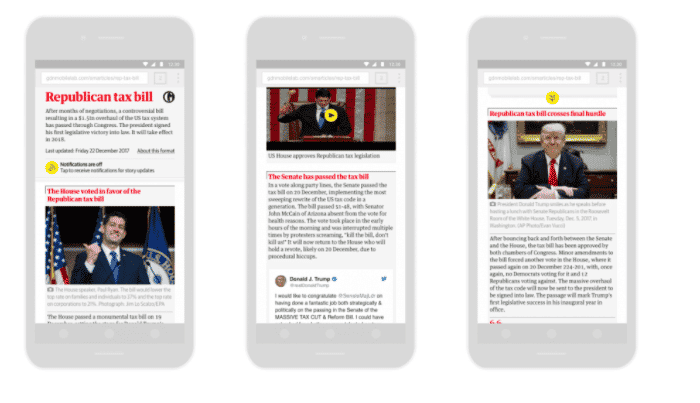 At first visit, the reader sees the blocks containing fundamental, up-to-date story details. An algorithm then serves up content based both on story developments and what that reader saw on previous visits. Chrome users can also opt in to notifications that are sent when updates reach a critical mass or when major developments occur.

The Guardian’s Mobile Innovation Lab paired written reader feedback with engagement data and found that readers had a “strong affinity” for Smarticles. According to the poll, 92% of readers found them “as useful or more useful” than a standard article. Additionally, 69% want to see other topics in the Smarticle format. And seeing what’s new appeals to 77% of readers.

This innovative use of predictive analytics both engages readers and frees up their time by giving them news that is new to them.