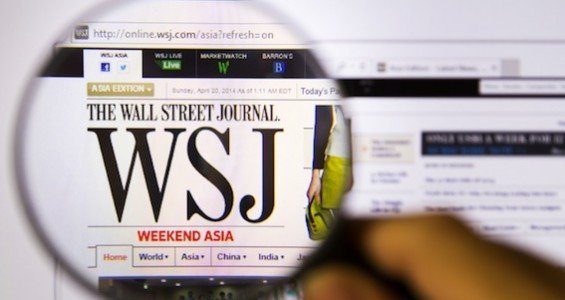 This year’s NewFronts are abuzz with the Wall Street Journal, New York Times and Conde Nast’s announcements of plans to launch digital video hubs designed to cater to the ever-growing user desire for video-based content. The focus of these presentations – from news coverage like this piece from Ad Age – appears to be on the video distribution model. While having a volume of videos is one thing, driving users to the hubs themselves is another. We see yet another layer for these publishing giants and their advertisers to be focused on: user engagement and retention. Each of these hubs will be overflowing with video content, so once you have a user on site, how will they keep that user engaged and coming back for more? For us, the answer is in using the right recommendation algorithm that combines behavioral and interest data to ensure a high relevancy factor. What are your thoughts on the plans for video hubs?

The Wall Street Journal joined other print-based publishers Time Inc. and Conde Nast this week in introducing a new digital video hub at its NewFront presentation. The Journal’s product, called Signal, is a “digital video magazine” that will curate videos from Journal news staff as well as filmmakers, the company told a room of media buyers Friday.

Conde Nast, the publisher of Vogue and Vanity Fair, recently showed off a similar platform, The Scene, which will curate top video from its magazine brands as well as partners like BuzzFeed and ABC News. And Time Inc. plans to roll out The Daily Cut for its video.

But Signal differs from the other platforms because it adopts the “delicious aspects” of a magazine, according to Mike Miller, deputy managing editor at the Journal. Short videos will exist in the front of the “magazine,” he explained, with longer videos appearing as features.

Although it will be available on the web and mobile phones, Mr. Miller said Signal is particularly geared toward the tablet, allowing viewers to “curl up with video.”

There’s no firm launch date yet for Signal, a spokeswoman for the Journal said. “It’s still very much in the development stages,” she added.

Friday marked The Wall Street Journal’s second time in the NewFronts, a series of pitches by digital publishers seeking TV ad budgets partly by imitating TV’s upfront pitches. Thus far, however, the digital videos on display at these presentations have largely failed to gain broad audiences.

The Journal produces about about 18,000 new videos each year, the company said, but it highlighted three series in particular. “Future of Everything” is a new series that will explore stories around science and innovation and appear weekly over the course of three months. It drew a standing ovation from the audience when Amanda Boxtell, executive director of Bridging Bionics Foundation and the inspiration for the series, walked across the stage wearing a “bionic exoskeleton suit.” She had been wheelchair bound due to a skiing accident.

Another relatively new series, “The Short Answer,” hosted by the Journal’s Jason Bellini, is a brief “explainer” show about topics ranging from e-cigarettes to Malaysian Airlines flight 370. It rolled out a few months ago. Content that explains things — whether with text, images or video — is en vogue at the moment, with media brands like The New York Times, Vox Media and ESPN publishing sites devoted to explanatory journalism. “The Short Answer” is driven by the news cycle, a Journal spokeswoman said, so it’s an ongoing production cycle.

The Journal highlighted the returning series “Startup of the Year,” a video documentary about startup companies. It will run multiple times a week for a three-month period.

Editor-in-Chief Gerard Baker’s five-days a week email “10-Points” will also get a video component, with Mr. Baker taping one-on-one interviews with newsmakers. He demonstrated this live at the NewFront Friday by interviewing supermodel and philanthropist Petra Nemcova, who began the charity Happy Hearts Fund after surviving the 2005 tsunami that struck Thailand. Her fianc was killed in the ordeal, which she described to Mr. Baker.

The company also pitched the audience on Storyful, the startup that Journal parent News Corp. acquired in December for $25 million. Storyful identifies emerging stories across social media and verifies the sources. Brands and advertisers were told they can use the content Storyful tracks down. Storyful “helps you own any conversation or trend,” the company said, emphasizing its real-time capabilities.

Mr. Fellows said the Journal is investing “very heavily” to ensure its distribution and discovery of its video — in other words, to make sure people can find the videos and watch them. “Creating great content is not enough in and of itself,” he said. “People need to watch the video.”

To that end, the Journal has struck deals with 32 partners to distribute its videos, including AOL and Apple TV. “We want to be ubiquitous,” he told Ad Age after the event.

“That’s the table stakes,” Mr. Miller added. “The video has to be so good people want to talk about it.”