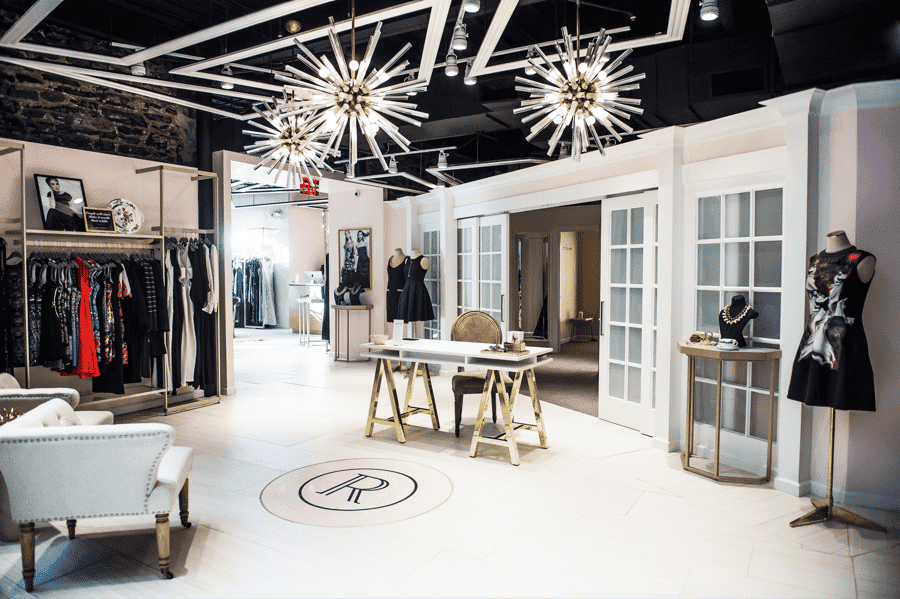 Leading retailers are eagerly adopting mobile to increase engagement with their customers — or in Starbucks’ cases, further investing in what’s already proved to be an insanely effective loyalty tool. Rent the Runway recently announced they’ll be using chat to engage shoppers personally before they show up to shop and then continue the experience in-store, and Starbucks is taking big steps in mobile engagement with its recently launched chatbot, which supports both text and voice commands.

Mobile Makes Shopping Better, Both In-Store and Online, at Rent the Runway

Shoppers are increasingly using mobile devices to shop in-store, according to a newly published survey from mobile systems company DMI. According to the report, 77% of the 2,500 surveyed shoppers refer to their phones while shopping, and 33% have loaded up their phones with three or more shopping apps. Rent the Runway wants to get them on their phones even earlier—before they set foot in the store.

To do this, they’re relying on two apps: RTR Now and RTR Concierge “In our dream scenario, before [a shopper has] even walked through these doors, she’s chatting with us,” said Maureen Sullivan, president of Rent the Runway’s core fashion business, to Retail TouchPoints.

The apps provide shoppers with remote, real-time access to in-store merchandise and stylists while they’re still at home. Then, when a shopper arrives at her local store, she can head right to the RTR Bar and connect in-person with the stylist she’s been chatting with online. Then she can start trying on the dresses she chose while browsing online.

With remote access to in-store resources, Rent the Runway ensures that a shopper has already benefited from its service and merchandise and is fully engaged upon arrival, plus helps guarantee the shopper’s satisfaction.

At the end of January, Starbucks launched a new feature for its mobile app called My Starbucks Barista that allows customers to order drinks and food for pick up via an AI-based chatbot. Customers can type requests to the chatbot, but they can also just talk to it.

The feature, initially available to 1,000 customers, will roll out broadly over the summer, reports TechCrunch. The addition of both AI and voice to its mobile app keeps Starbucks on the cutting edge of the food retail industry, which it has led with its order ahead and mobile payments systems. Today, more than 7% of Starbuck’s U.S. transactions come through its Mobile Order & Pay.

Starbucks has also added an Alexa skill, which allows anyone already using the company’s mobile app to place an order through an Alexa-enabled device. Despite the fact that these new features rely 100% on technology, the company’s focus remains maintaining human-like, personalized connections with its customers.

“The Starbucks experience is built on the personal connection between our barista and customer, so everything we do in our digital ecosystem must reflect that sensibility,” said Gerri Martin-Flickinger, chief technology officer for Starbucks, in a statement.

While communicating with a chatbot might not be quite as personal as your favorite barista remembering your regular skinny caramel macchiato, the convenience and cool factors of the new ordering might be what Starbucks’ most loyal customers never knew they needed, but now can’t live without.