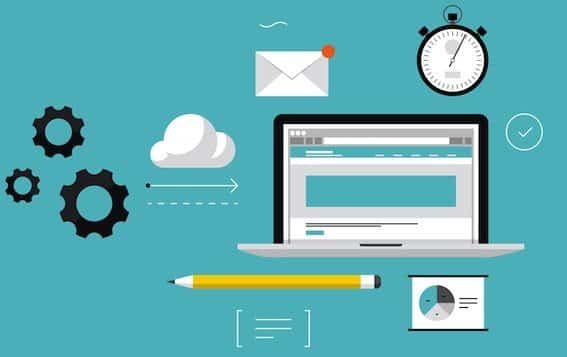 How The ‘Attention Web’ Is Changing Content Marketing Metrics

Long gone are the days when clickthroughs and time-on-page were the most important content marketing metrics. Today, many publishers are changing their approach to shifts in audience behavior to focus on attention and engagement as the defining measurements of success.

Although pageviews and unique visitors are still relatively valuable metrics to marketers, they don’t paint a complete picture of how people are interacting with your content.

In today’s post, we’re going to examine the trend of analyzing how visitors are engaging with your site, not just how many, and look at some examples of this shift and how you can start measuring audience attention.

What is the Attention Web?

Firstly, while the so-called “attention web” is a genuine shift in how marketers and publishers assess the success of their content, the term itself is far from definitive. First coined by Chartbeat CEO Tony Haile, “the attention web” refers to changing attitudes in the online publishing industry and a growing focus on how people actually engage with content, rather than merely measuring pageviews or clicks.

Various publishers refer to their attention and engagement metrics differently. Upworthy, for example, refers to one of its most important metrics as “attention minutes.” This is calculated by analyzing two separate metrics – total views within a given period, and the total amount of time a user actually reads or watches the content. As you can see in the figure below, the difference between attention minutes and pageviews is considerable.

Similarly, blog platform Medium has what it calls “the only metric that matters,” which is Total Time Reading. While Upworthy tends to utilize clickbait to not only attract but sustain audience interest, Medium utilizes metrics such as scroll depth and word count to gauge how long a piece of content takes to read, and then serves it up to its audience. This not only serves as a reliable indicator of audience engagement, but it also makes it easier for readers to choose articles that match their available time or attention span.

Audience Attention and the Future of Content Marketing Metrics

If publishers are so concerned about how to measure the success of their content, what does that mean for advertisers? Well, content marketers aren’t the only ones making the transition from clicks to engagement. Major publications are moving gradually toward new pricing models for advertising inventory based on audience attention, including the Financial Times.

Earlier this year, The Drum recently reported that bosses at the FT decided to move away from the traditional CPM advertising model and focus on selling ads based on audience engagement.

“We can now report back to a client and say ‘we served you a thousand ads, and of those, 500 were seen for one second, 250 were seen for 10 seconds and 250 were seen for 30 seconds,” said Jon Slade, commercial director of digital advertising at the FT. “The next obvious step is to sell blocks of time.”

Although adoption of these advertising and content marketing metrics is still in its nascent stages, the FT remains confident that in time, many publishers will transition to this model. Based on its own research data, the FT claims that 40% of advertisers who had trialed the system gave it “a double thumbs-up,” and that 90% of media buyers expect that viewability and attention metrics will soon become the currency of the online advertising space – at least for display ads.

The FT isn’t the only publisher that thinks attention metrics could be the future of online advertising. Upworthy is also mulling the idea of incorporating audience attention into its advertising packages. Ed Urgola, head of marketing at Upworthy, told Mashable that while the site doesn’t currently charge advertisers based on time viewed, it may do so in the future if advertisers embrace the idea.

How to Focus on Attention in Content Marketing Metrics

So, now that we’ve established that attention and engagement are the content marketing metrics you should be focusing on, how do you go about it?

Before we dive into the specifics of measuring audience engagement in Google Analytics, let’s take a moment for a quick refresher on how Analytics calculates time measurements.

There are five types of what Google refers to as “engagement hits” (courtesy of Justin Cutroni):

As we covered in a previous blog post about dwell time, content marketing metrics such as Time on Page are calculated based on user actions, like second clicks or multiple pageviews. This is represented in the figure below:

However, as we can see, calculating the Time on Page for the third pageview is impossible, as there is no second action to provide Google Analytics with both the first and last actions to calculate the Time on Page accurately. This is why measuring audience engagement in pageviews alone can be problematic. An alternative approach is to measure engagement hits on single pages, as shown in the figure below.

As you can see, this technique provides greater insight into how people are interacting with the content on a page, but it still isn’t ideal, as there is no way to accurately determine the point at which the visitor exits the page. So what can you do?

Advanced Content Tracking, or ACT, reports on actions taken by the user when certain events are triggered. This data can then be viewed in Google Analytics, providing you with the invaluable insight into user behavior we’ve been talking about.

ACT can be used to measure the following actions:

Using ACT, you can specify certain variables depending on the type of content you typically produce. For example, you can state that if a user scrolls through a page at a certain speed, then they are most likely scanning the post rather than reading it.

Setting Up ACT in Google Analytics

First, your site will need jQuery. This can be done by linking to Google’s servers, and embedding the jQuery source in the tags of your site’s pages. The code looks like this:

Next, you’ll need to copy the ACT JavaScript code from JSFiddle, and copy this into your tags, too. If you’re not sure how to do this, be sure to ask your site administrator!

Once you’ve got ACT set up and running correctly, you’ll notice that it will impact both your bounce rate and average time on site. This is because ACT will classify readers who spend a specified period of time on the page as “engaged,” which will disqualify them as bouncing visitors. You’ll also notice that the average time on site will probably increase as a result of this flow.

The technical details of implementing and manipulating this code are way beyond the scope of this post, but for a detailed write-up on what the code does, check out this post by Google’s Justin Cutroni.

Pageviews are still a useful content marketing metric, but as publishers find themselves competing in an increasingly crowded space, it will become even more important to truly understand how your visitors are engaging with your content. How the attention web will impact the world of paid search remains to be seen, but for now, there is little doubt that engagement is definitely shaping the world of content marketing.

Our weekly newsletter is full of best practices, industry trends and proprietary research you’ll only find here. No spam — just the good stuff.