Billions of dollars are on the line this holiday season and retailers are expecting a record-breaking year for online sales. To help paint the picture of how the holidays are breaking down for marketers, Sailthru is amassing and analyzing data throughout the shopping season starting with Thanksgiving Day.

For Thanksgiving Day, a key takeaway was that repeat buyers accounted for nearly 60% of all revenue for mid-market ecommerce brands, underscoring that retention is key to ongoing revenue generation. These consumers who know your brand are of tremendous value, both during short-term pushes like the holiday season and for long-term, sustainable revenue generation. We will continue to watch how this trend evolves between Black Friday and Cyber Monday. What we expect to see is that brands who invest in ongoing retention will drive more revenue than those who focus on campaign-based acquisition alone.

The bottom line is that marketers cannot measure their holiday campaigns on open rates as their primary success metric. As consumers continue to adopt and use multiple devices, this holiday season marketers must use multiple channels and tactics to reduce friction to drive users to their desktops to actually convert. 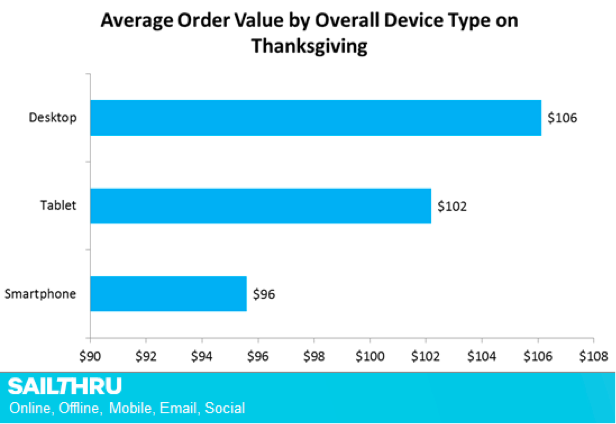 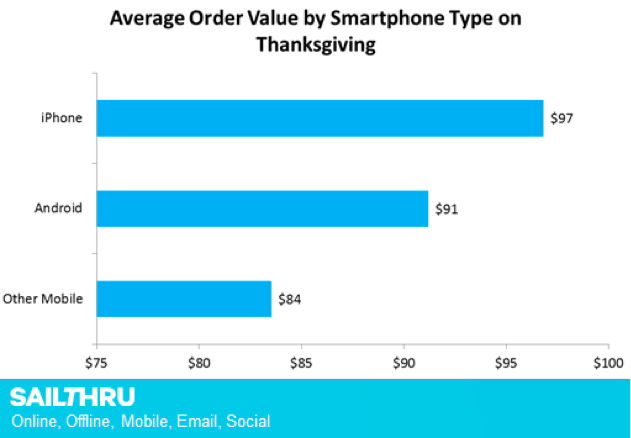 Specific to tablet types, the opposite was true.

First Time Purchasers Are Not All “New” 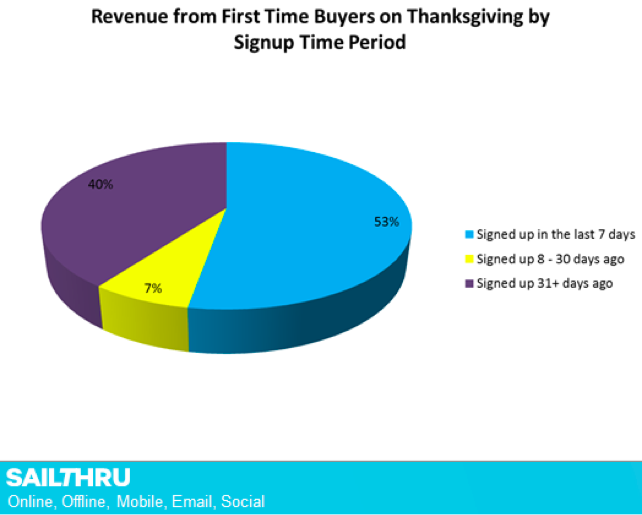 While retained customers brought in the majority of revenue on Thanksgiving Day, first time buyers still accounted for 41% of revenue generated. What’s important to note is that value generated from first time buyers is primarily found in those who have signed up for email newsletters in the last 7 days AND those who signed up 31+ days ago, giving light to the importance of combining both highly-visible acquisition tactics immediately leading up to the holiday season while also nurturing customer relationships well in advance of November.

Thanksgiving Purchases by Time of Day 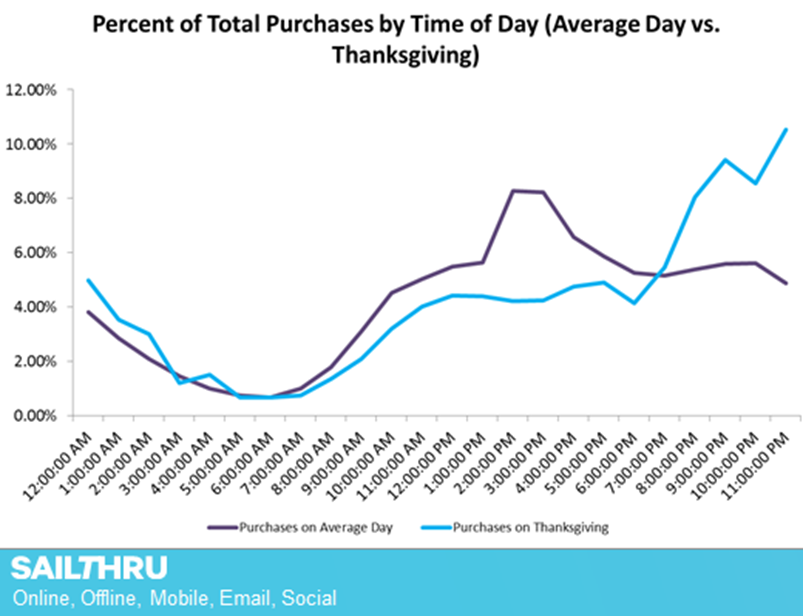 When comparing Thanksgiving Day to a non-holiday, there is a clear variation in the time of day that users purchase. Typically, online purchases on an average day begin to dramatically increase at 8am and then spike mid-day between 1pm and 3pm EST, followed by a steady decline in afternoon and evening hours.

Key to note on Thanksgiving is that:

This post was written by and based on data analysis from Marielle Hanke (Sr. Manager of Analytics) and Steve Wood (Optimization Analyst).