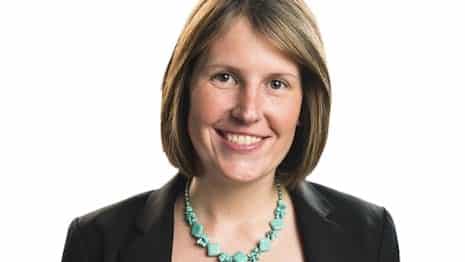 The SaaS Report is a comprehensive source for news and insights in the software as a service (SaaS) space. Part of that involves regular round-ups, who’s who lists of the top leaders in our industry.

Earlier this week, The SaaS Report released another of its lists: The Top Women Leaders in SaaS of 2018. The company acknowledged the importance of celebrating female talent, highlighting these leaders to inspire the next generation of girls to aim similarly high.

The SaaS Report received more than 3,500 nominations on behalf of hundreds of women, ultimately selecting 50. Deciding factors include drive, integrity, intelligence, company culture and company growth, among others. Sailthru is thrilled (but not surprised) that Cassie Young, our Chief Commercial Officer, is one of them.

From Sailthru Client to SaaS Leader

A graduate of Duke University, Cassie’s career began as a media and technology analyst at Citigroup Global Corporate & Investment Bank. A fascination with the digital landscape led her to online career service TheLadders.com. There, she managed direct marketing and analytics for the company’s subscription business before heading to Dartmouth to earn an MBA from the Tuck School of Business.

Cassie’s first executive role, as the Vice President of Marketing for Savored.com, was significant for a few reasons. She was an early employee, helping the company grow prior to an eventual acquisition by Groupon. It was also at Savored where Cassie was introduced to Sailthru — as a customer.

Cassie joined Sailthru in 2013. She was initially the Vice President of Analytics and Optimization, tasked with launching a new function focused on customer strategy, introducing new frameworks for defining and measuring customer ROI.

Her success there led to her first promotion, to Executive Vice President of Global Customer Success and Client Services. She oversaw our global client services and maintained full responsibility for our installed base of customers, on both the subscription and professional services/implementation sides.

Because of her success there, she became Chief Commercial Officer in February. What’s the secret to her success?

“At Sailthru, we have a strong conviction that marketers are far too concerned with the ‘here and now’ of conversions and revenue,” she says. “We spend our days obsessing over how we can help them drive the metric that matters most: customer lifetime value.”

Check out all 50 of The SaaS Report’s top female tech leaders here.