Publishing Legends Explore the Future of Media: What Every Top Publisher Needs to Know [EVENT]

Download this Business Insider Case Study to discover how one of the world’s fastest growing publishers took their marketing to the next level with Sailthru, driving a 60% increase in email clickthrough rates.

When the New York Times’ innovation report leaked in May 2014, newsrooms everywhere went from covering politics to becoming far more political. The secret divide between print and digital became very real for the general public; the well-known divide between news and advertising became the foundation for questions about the viability of the media business model.

Established media enterprises rallied their troops and VC-backed publishers celebrated the support to their approach. But while digital is evolving from the dirty word in publishing to the new frontier (albeit a little late), when it comes to the world of media and publishing, how much is really new?

The three tiered structure of content, events, and analysts has been long used, yet is seemingly made famous by Business Insider and VentureBeat. Marketers are abuzz with the potential of native advertising, but many debate whether it appears to be advertorial simply rebranded?

The bottom line is that advertisers and subscribers still keep the lights on, whether it’s cost per mille or cost per minute.

Yet, digitally-savvy publishers are different. Business Insider’s recent acquisition demonstrated that an organization built on the tenets of innovation detailed in NYT’s innovation study can and will succeed.

By developing and retaining a core audience, creating a reader experience with both content and ads, and thinking strategically and digitally at the same time, a modern publisher can either be born or emerge from a legacy brand.

The Future of Media: An Executive Breakfast and Fireside Chat

A foundation built to manage and monetize the needs of modern audiences allows for agility. To help prepare for what’s to come, join us for an executive networking breakfast on Tuesday, December 8, 2015 at 8:00am at City Winery in New York City to talk about The Future of Media with Larry Kramer, Peter Horan and Jeff Jarvis — leaders among the most successful publishing brands that have successfully navigated through transition.

During this breakfast, you’ll have the opportunity to:

Listen: Jeff Jarvis will moderate a dialogue between Larry Kramer, former President and Publisher of USA Today and Founder & Chairman of MarketWatch, Inc., and Peter Horan, Co-Founder of Horan MediaTech Advisors and former CEO of About.com and CEO of IAC Media & Advertising

Engage: Network with other executives and thought leaders from top comScore-ranked publishers

Learn: Walk away with insights relating to organizational design, news dissemination and product innovation that you can apply to your business as you navigate the evolving future of media

RSVP for The Future of Media breakfast here!

Peter Horan is an experienced entrepreneur with a history of building successful media and internet businesses. As a CEO and independent director he has had four profitable exits in the last seven years totaling more almost $700 million in value, including the sale of About.com to the New York Times for $410 million. He is an industry leader in developing new content and advertising models.

Prior to joining USA Today in April 2012, he was an adjunct professor of media management at the Newhouse School at Syracuse University and a media consultant. His textbook on the future of media,  “C-Scape: Conquer the Forces Changing Business Today,” was published in November 2010 (HarperCollins).

Previously he was founder, Chairman and CEO of MarketWatch Inc., which he created in 1995 and launched as an LLC with Data Broadcasting Corp. and CBS in 1997. He took it public in 1999 (MKTW), making three acquisitions to build the business along the way before selling the company to Dow Jones in 2005 for $528 million.

Jeff Jarvis is the author of “Geeks Bearing Gifts: Imagining New Futures for News” (CUNY Journalism Press, 2014), “Public Parts: How Sharing in the Digital Age Improves the Way We Work and Live” (Simon & Schuster, 2011), “What Would Google Do?” (HarperCollins 2009), and the Kindle Single “Gutenberg the Geek”.

He blogs about media and news at Buzzmachine.com and cohosts the podcast This Week in Google. He is professor and director of the Tow-Knight Center for Entrepreneurial Journalism at the City University of New York’s Graduate School of Journalism. He advises media companies, startups, and foundations and is a public speaker. Until 2005, he was president and creative director of Advance.net, the online arm of Advance Publications.

Prior to that, Jarvis was creator and founding editor of Entertainment Weekly; Sunday editor and associate publisher of the New York Daily News; TV critic for TV Guide and People; a columnist on the San Francisco Examiner; and assistant city editor and reporter for the Chicago Tribune. 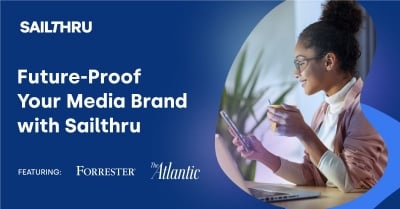