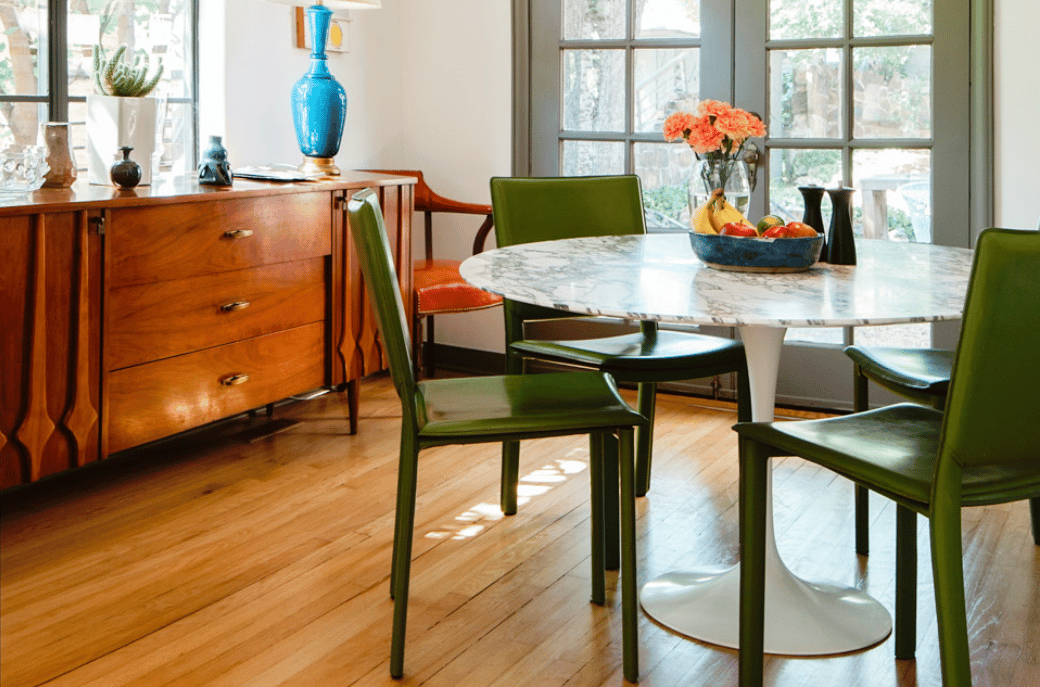 When you sign up for a credit card at a store like Bloomingdale’s or Nordstrom, that loyalty toward the brand ensures VIP treatment. You’ll get a discount for the rest of the day and enthusiastic thanks from the salesperson who processed your application. But when you pledge your loyalty to a company online by signing up for their email list, you rarely get as warm of a welcome.

That’s no longer the case for domino. In 2014, Domino Media Group relaunched the defunct interior design magazine with a website, app, ecommerce business and a mission to “bring content, community and commerce together.” That came with a revamped engagement strategy, which started with email and its team enlisted Sailthru.

domino is already driving growth with 14% lift in overall clickthrough rates and a 23% increase in pageviews.

Using all the tools in their treasure chest, domino now sends onboarding emails to new subscribers that are relevant, informative, engaging and of course, personalized. That personalization extends to subscribers’ acquisition sources, sending different messages to people that factor in whether they’re purchasers or not, or sweepstakes entrants, among other signals.

Onboarding emails are crucial messages to master. Welcome emails have an unusually high open rate — trending around 86% higher than other promotional emails. What’s more, their transaction rates are nine times higher. These messages perform well; they perform even better when they’re personalized. 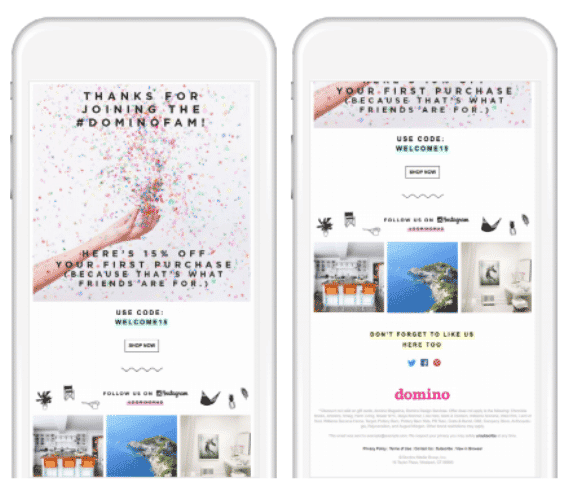 The onboarding messages were just the beginning of domino’s email evolution. The brand also started sending abandoned cart emails, going the extra mile and including a discount for the items left behind.

More importantly, domino began re-engaging subscribers, customizing messages based on users’ interests and behaviors, and where they are in the purchase cycle.

For example, after someone makes a purchase, domino sends a thank you email with a discount code, increasing the likelihood that someone becomes a repeat customer. If someone hasn’t shopped in a while, domino re-engages that person with the week’s best-performing content and a discount code. 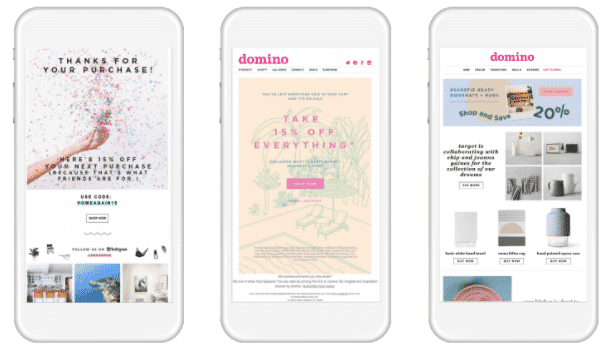 The power of personalization

This has helped domino improve open rates by 11%, but it was particularly successful among daily active users. The subscribers who were already engaged became even moreso: 9.6% higher open rates and 23% higher clickthrough rates.

Personalization helps marketers stand out in people’s inboxes, which are fuller than ever. The Radicati Group estimated that 269 billion emails are sent every day worldwide. That may sound like a lot—but the research firm projects that number to increase by nearly 19% over the next four years.

Condé Nast launched domino in 2004 and it was an immediate success. During the publication’s first year, it was named Top Launch of the Year by Media Industry Newsletter and Hot List Startup of the Year by Adweek. By year three, the magazine had 800,000 subscribers and two National Magazine Award nominations. But shortly thereafter, Condé Nast ceased publication of domino, among other titles, for financial reasons.

domino is back and stronger than ever, having fused its already outstanding editorial presence with ecommerce. Today, the brand is a beacon for interior design lovers, helping them turn creative passion into reality with products running the gamut from furniture and home décor, to jewelry, accessories and gadgets.

What’s next for domino? They plan to keep experimenting and segmenting, incorporating more data and personalization into their emails. The team plans to use Sailthru’s Retention Analytics to pinpoint the stories that make the best entry points to conversions. They’re also taking their testing strategy from the subject line to the body. They’ll test template, content and data feeds, allowing them to gauge the performance of user-generated content against owned images on triggered email campaigns. 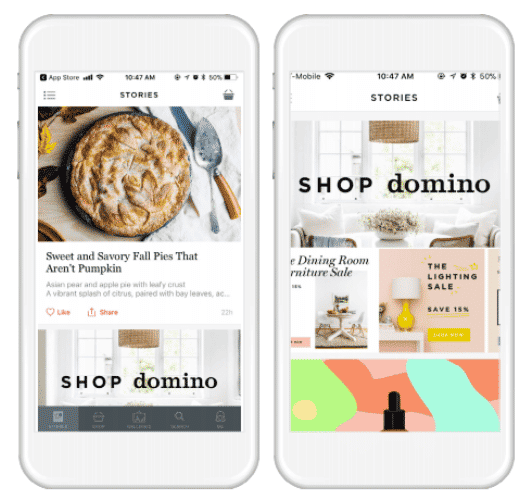 domino also intends to track the media content that resonates with consumers to serve more relevant product recommendations. Working with us, the brand’s goals included increasing engagement and accelerating conversions. But of course, the whole strategy was driven by a larger goal: to convert regular readers into loyal customers.