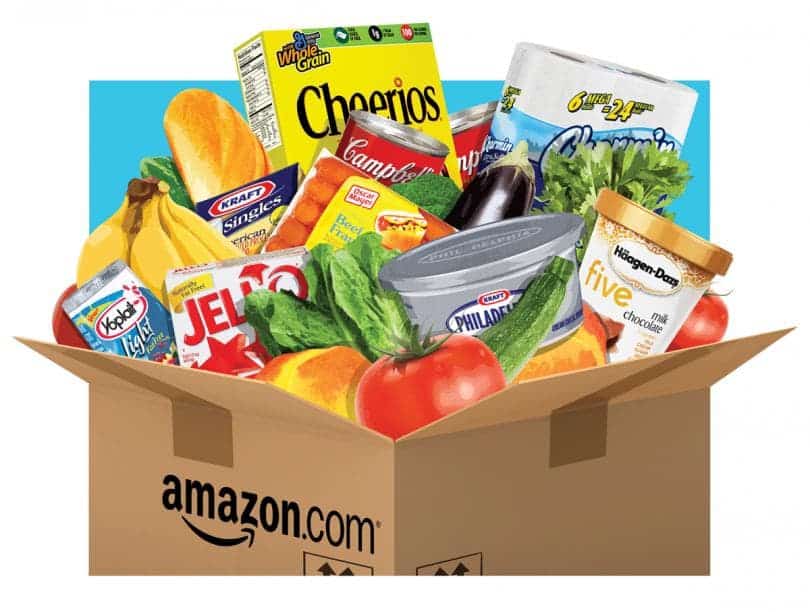 There is something to be said for food and beverage marketer’s entering ecommerce! They understand that consumers live in a multichannel world & are simply trying to accommodate the demand.

“Finally, after decade of transformational impact on other sectors of the economy, the new frontier of e-commerce has come to food. Ready or not, our industry must do a much better job of leveraging this channel.”

This candid quote acknowledging the untapped potential for food and beverage marketers in the online space was delivered by Campbell Soup Co. CEO Denise Morrison to analysts this summer at the company’s investor day.

Online sales of food and beverages will account for only 2.3% of the $304 billion that will be spent on e-commerce retail in 2014, according to projections from eMarketer. Add in health and personal-care brands and consumer-packaged goods will account for only 8% of the online market. Put another way, online buying comprised only 1% of the $666 billion in consumer-packaged-goods sales in 2013, according to a recent report prepared for the Grocery Manufacturers Association by The Boston Consulting Group, Google and IRI.

Why have big brands been so slow to implement e-commerce strategies? There are major questions about marketers’ ability — and will — to overcome the executional challenges of online grocery selling, which requires vastly different marketing strategies than operating in physical stores. No longer is it about promotional spending and free-standing inserts; the e-marketer operates in a world where search is the new shelf space and the online retailer controls the consumer relationship.

If the industry can adapt, the potential is huge. The GMA report stated that e-commerce could grow to 5% of CPG sales by 2018, or more than $35 billion in sales, and accelerate to 10% “soon thereafter.” What’s more, the report stated that this 5% share would account for nearly one-half of the total CPG growth in the next five years, which underscores the slowing growth of traditional retailing.

Companies that fail to implement digital strategies “risk stagnation, loss of share and even shrinking sales,” the report stated, while early movers “have the opportunity to establish positions that will be difficult to dislodge.”

But changing big food’s mindset is a tall order, said a former food-company executive who also has experience working for a retailer. “National media dollars have to start shifting, so that the call to action for the customer isn’t ‘Hey, come to our website,’ it’s ‘Buy this at Amazon,'” this person said. But “it’s just so hard to jump into the future when so much of your cash comes from the past.”

On the retail side, national e-commerce giant Amazon and regional players such as FreshDirect and Peapod are investing heavily in grocery delivery, while bricks-and-mortar stalwarts such as Walmart continue to boost their online businesses. Last week, Twitter upped its e-commerce game by launching a “Buy Now” button.

But brands are reluctant to abandon tried-and-true shopper marketing methods, like promoting goods in free-standing inserts, which have reliable return-on-investment metrics, according to experts. “There is a perception of risk,” said Brian Cohen, exec VP of Catapult eCommerce, a CPG-focused e-commerce practice within Catapult Marketing, which is owned by Epsilon. “You’ve got years of history that tells you that ‘If I put an FSI out, this is the kind of redemption I’m going to get.’ I can plan against that. [But] nobody is willing to take their entire FSI budget out and put it toward Amazon as the media vehicle.”

One reason for caution is that home delivery only becomes economically feasible once price points hit $20 to $30, which is a lot higher than the average grocery item, according to the GMA report. But the economics become more favorable when consumers buy more at once, the report noted. And tech giants such as Amazon are willing to subsidize delivery costs to support broader strategic goals, the report stated.

Even so, marketers run the risk of upsetting their traditional retail partners such as Walmart and Target if they invest too much in Amazon. Procter & Gamble, for instance, lost favorable shelf-space treatment at Target after it struck a deal to allow Amazon to ship directly from P&G warehouses, according to a February report in The Wall Street Journal, which noted that the dispute later “de-escalated.”

But brands might not have a choice but to engage with Amazon, which is aggressively eyeing CPG growth with offerings like Prime Pantry, which launched earlier this year and allows users to select 45 pounds worth of food and household products and have it delivered within four business days for a $5.99 delivery fee. Another service, called AmazonFresh, available in Seattle, Los Angeles and the San Francisco Bay Area, offers same-day delivery on items including fresh foods. Sanford C. Bernstein projected that Amazon has the potential to profitably target CPG sales, including fresh food, in 47% of the U.S. market.

While marketers are talking more openly about e-commerce opportunities, they are keeping their strategies secret. General Mills, Kraft Foods Group, Mondelez International and Campbell Soup all declined to make executives available for an interview on the topic.

“I don’t think anyone in food is doing well yet,” Spencer Millerberg, managing partner at One Click Retail, which advises CPG brands on e-commerce tactics, said. “Resources haven’t been applied in a major way yet” because “customers are just now coming to [e-commerce] and retailers are just now putting into place programs to help sell food in a big way.”

The trend is disruptive because tactics that have long worked in stores do not work online. With in-store marketing, the goal is to interrupt a shopper with a sign or display, which is difficult to do online, Mr. Cohen said. “They are not walking down aisles they are using search bars. They are going straight to a category and then to a brand.” For instance, while shopping on Amazon, most people would first search for “bottled water” before entering Aquafina, he said. So it is critical for marketers to get their brands to display on the first page of search results, which accounts for 81% of consumer clicks, according to One Click Retail data published in a recent report by Sanford C. Bernstein. The first three items displayed account for 64% of clicks. “Search rankings are the new shelf space,” the report stated.

One potential boon for brands on Amazon is the e-tailer’s “subscribe and save” program, which allows buyers to get regular deliveries of the same product. Food marketers crave such loyalty. But the downside is that Amazon, not brands, controls the subscriber list, said John Burbank, president of Nielsen Strategic Initiatives. “It’s the retailer who’s got the relationship with the consumer, and not [the brand],” he said. “The balance of power is shifting.”

As revealed in the Bernstein report, Amazon’s search algorithms reward brands that get the most clicks and sales, which Bernstein refers to as a “democratization” of shelf space. As a result, once brands climb to the top of the search results, it is hard to dislodge them because that placement alone will drive more clicks and sales. “Latecomers to this game may need to overcome significant first-mover advantages of the incumbents in order to compete, which entails large upfront investments and often leads to limited results,” the report stated.

The secret to succeeding on Amazon includes carefully managing product pages, including using visuals and key phrases to drive search results, as well as directly responding to negative consumer reviews, according to e-commerce experts.

The Bernstein report stated that while brands do not have the option to improve their Amazon search rankings using direct trade spending, there is a form of “indirect” trade spending, in which some companies are “known to compensate Amazon for sending out promotional emails to its customers, thereby increasing the number of clicks for these companies’ products.”

But in some cases, big brands are getting beat by smaller niche brands on Amazon, which “should be a source of concern for owners of large national brands, which have been used to dominating the retail scene through their massive shelf space,” the report stated.