Marketing Blog → How To Be An Intrapreneur: You Can Still Be Nimble & Creative In A Big Company

How To Be An Intrapreneur: You Can Still Be Nimble & Creative In A Big Company 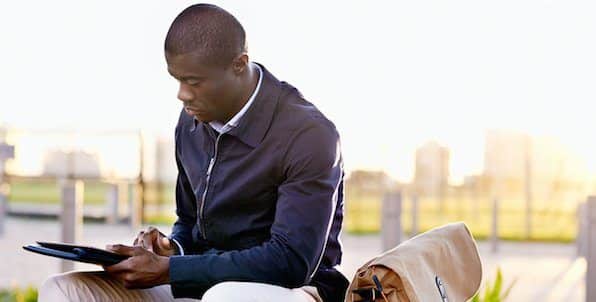 Traditionally, in large companies departmental silos are the norm. And where there are silos, there is often an aversion to change and, by default, innovation. In this article from Forbes, find out how leaders and marketers at even the biggest companies can adopt an entrepreneurial mindset that actually propels your business forward (without ruffling too many feathers along the way). –Sailthru

Entrepreneurs are creative professionals characterized by initiative and innovation. They bring new ideas to life, and turn on a dime to answer the demands of a fast-moving market. When they run into obstacles, they adapt. They are not big on deferring to authority or waiting around for permission.

While these qualities may not seem particularly corporate, big companies are increasingly seeing the value of flattening their hierarchies and encouraging their people to think like startup owners. The buzzword is “intrapreneurs” — entrepreneurial thinkers within the ranks of an established organization.

If you work for a company that’s testing the intrapreneurial waters — or simply want to boost your own productivity, morale and creativity by adopting an entrepreneurial mindset — here are some strategies to help you think and work more like a startup.

Startup culture is highly collaborative. “The first step is always to search through the organization for people who are passionate about accomplishing something,” says Josh Makower, chairman and founder of medical device incubator ExploraMed Development and a partner with the venture capital group NEA. “That’s not always easy to find in a big corporation, where people may be driven more by job security. If you’re lucky enough to have a budget for hiring from the outside, do it.”

In a startup, the workload is distributed evenly across a small group. Everyone needs to be as willing to deliver the big presentation as they are to set up the projector. In a lecture on startups at Stanford University,  Makower cited a favorite quote from an entrepreneur: “If you have to plan a team-building event, it’s time to leave. Every day should be a team-building event.”

Keep the new concepts coming, because most will be knocked down. The entrepreneurs who succeed are masterful with failure:  They accept it,  recover quickly and then apply what they’ve learned to their next venture.

“If a picture is worth 1000 words, a prototype is worth 1000 meetings,”reads a maxim attributed to IDEO’s Tom and David Kelley. Get the concept out of your brain and into the real world. A visualization or other formulation imprints your idea on a stakeholder’s mind. If it’s a product, build a prototype. If you’re developing a site, design a wireframe. If you’re outlining something intangible such as a budget overhaul or change management, justify the numbers on a spreadsheet. Make it real. Check out prototyping tools such as InVision and Balsamiq.

The rejection of your model is no reason to fold up your tent. Instead, find a granular element of the concept that is undeniably of value.

“You’re like a virus looking for paths of least resistance. That’s something startup culture sees as a norm,” says Mitch Turck, who has traversed startup and corporate environments and currently oversees marketing for Nielsen Catalina Solutions. “Identify a smaller, achievable component  that a stakeholder can get behind, and navigate from that new start point.”

As John Mullins and Randy Komisar encourage in Getting To Plan B (Harvard Business Review, 2009), you don’t want to get stuck following your Plan A — you want to get to a plan that works. Your workflow should follow a continuous cycle of improvement based on testing ideas, evaluating results and refining plans. The adaptive or Agile methodology values iterative steps that lead incrementally to a successful solution — which may differ substantially from your initial vision. See project tracking tools such as Pivotal Tracker and Trello.

Intrapreneurs are in a unique position to flip the script on startup mentality and capitalize on the assets of a big company like scalability, internal resources, client rosters and established networks.

“The Wendy’s deal is exactly the kind of thing we used to daydream about,” says Goldman. “Coke’s VEB group told us that Honest Tea had come up in a conversation with the Wendy’s customer relations team. The idea that we could have navigated to that opportunity as an independent company is just not realistic.”

“When we started talking to Wendy’s, our product development manager flew to Ohio and spent a day in the kitchen with the Wendy’s team perfecting the new tea recipe,” Goldman says. “We’ve remained close to the product and development. So, even as we’re connected to a huge corporate entity, we can still be entrepreneurial.”

Goldman says a big reason for that was Coke’s acquisition of Honest Tea in stages. That  allowed time for trust to build between his people and Coke, which made it possible to  strike a buyout deal that preserved autonomy for his team.

Control in a big company is typically centralized and not easily relinquished; complexity makes rapid change difficult; and big businesses are risk-averse by design. Keeping the entrepreneurial momentum going will, in some environments, require defending the group’s independence.

“You need to protect your people from the inevitable brain-drain of dealing with corporate politics and bureaucracy,” says Josh Makower. “Ideally, you can use a location that is remote or relatively inaccessible from the rest of the company. Even if you’re onsite, you may be able to insulate the team by making yourself the sole point of contact for the business.”

“It’s easy for corporations to lay claim to startup culture,” says Brad Wendkos, founder of TrueFire, a Florida-based publisher of music education software, “but at the end of the day, the qualities that define an entrepreneurial business are absent.”

Wendkos learned the hard way when his prior startup, an interactive media agency, was acquired and he was asked to stay on. The acquiring company promised autonomy but in the end hobbled Wendkos’ ability to respond to the street and take appropriate risks. When his group wanted to build a user-friendly email platform for permission marketing, “it took six months to get an answer back from corporate,” says Wendkos, “and the answer was, ‘No, we really don’t think it would generate revenue.’”

Permission marketing took off eighteen months later, and remains a popular platform. The group would have been first to market.

This article was written by My Say from Forbes and was legally licensed through the NewsCred publisher network.