Mobile Commerce and Emoji‑Filled Subject Lines: Looking Back on the 2018 Holiday Season 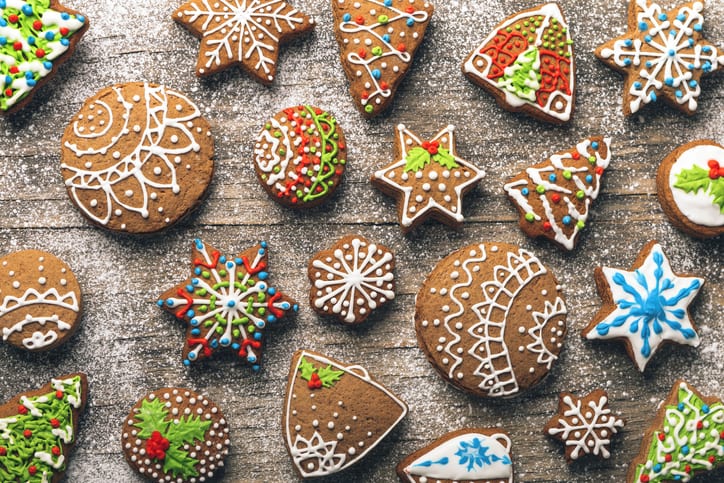 Even though brick-and-mortar foot traffic was down during Cyber Weekend, American consumers spent a whopping $58.5 billion, a 19.9% increase over the previous year. And that was just during those five days, not even taking the rest of the holiday season into consideration.

Mastercard estimates that between November 1 and December 24, Americans spent a whopping $850 billion, the highest holiday shopping figure in six years. Here are some of the 2018 holiday season’s biggest takeaways:

The Highlight of the Holiday Season

Cyber Monday was the biggest ecommerce day in U.S. history. At the same time, of the five days, it also experienced the smallest year-over-year growth. 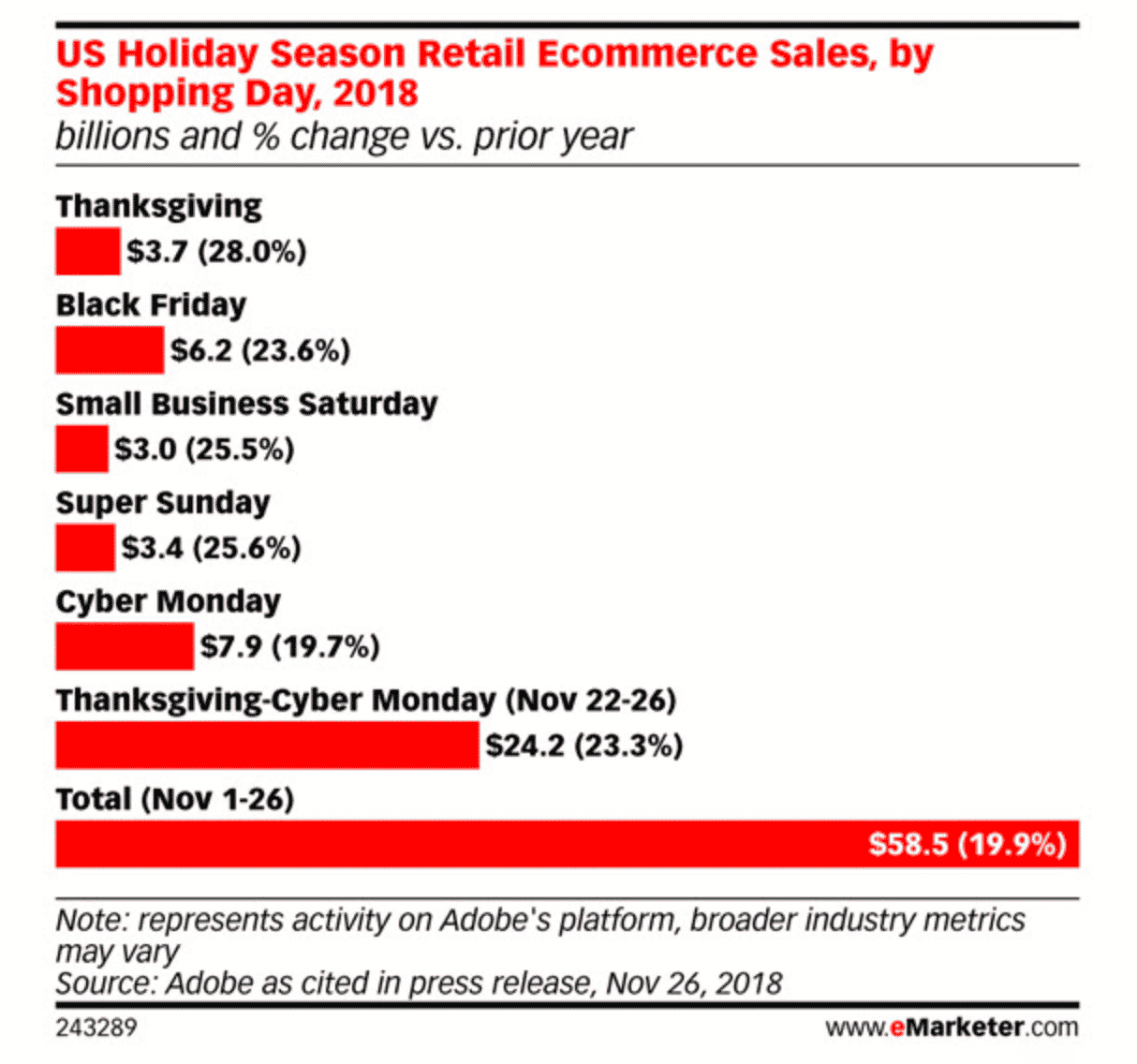 The day with the biggest surge in sales was actually Thanksgiving. Ecommerce growth was 28% higher YoY, while consumers grow more accepting of brick-and-mortar stores staying open. According to BestBlackFriday.com, the number of people “in favor” of stores staying open on Thanksgiving has jumped from 16.2% to 24.7%. Similarly, while 57.6% people didn’t approve last year, 47.7% said the same in 2018.

Mobile Commerce’s Moment in the Sun

Overall, 2018 was the most monumental year for mobile commerce. Americans spent more than $2 billion on their smartphones during Cyber Weekend alone. During that period, mobile devices accounted for 65% of retail traffic.

The seasonal average was a bit lower at 58.3%, though the 2018 holiday season still marks the first time that number exceeded half. With smartphone sales representing $33.3 billion, mobile commerce was also 57% higher than 2017.

The Blend of Brick-and-Mortar and Online Shopping

While the 2018 holiday season was the best one yet for ecommerce, most sales still take place in brick-and-mortar stores. Excluding cars, retail sales overall were 5.1% higher than 2017, according to Mastercard.

One thing that highlights that is the dramatic increase in buying online and picking up in-store, which grew 47% YoY on average throughout the season. Click-and-collect was even more popular during Cyber Weekend, increasing 65% from the previous year. This strategy provides a great opportunity for retailers to use email to drive traffic to physical stores, as Target did, appealing to last-minute shoppers on Christmas Eve.

Between Thanksgiving and Black Friday, Sailthru’s Data Science team analyzed an email or 243,925,460 sent by our retailer and ecommerce clients. We wanted to figure out what makes the most optimal holiday subject line and here are a few things we found:

If we were ranking retailers on their holiday season performances the way we do with personalization, there’s no question that Amazon would hover toward the top the list. Amazon did things differently this year, with a physical toy catalog and free shipping to all customers, whether or not they’re Prime members.

Consumers responded. Google Shopping data shows that speakers were once again among the hottest holiday gifts. Amazon sold “millions more” devices this year than it had in years past, particularly the Echo Dot. Accenture also named Amazon the retailer that did the best job delivering last-minute purchases before Christmas.