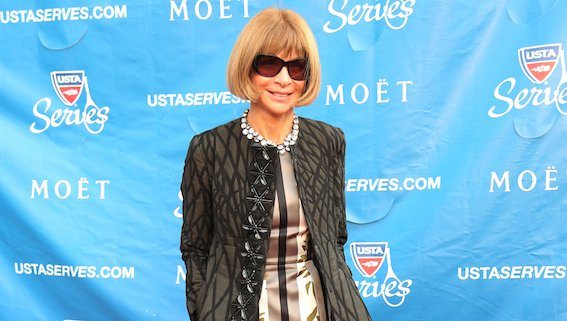 The approach Conde Nast is taking to their new sponsored content is impressive. They are really thinking about the value of the content in a way that supports both the advertising brand’s goals as well as the experience of their loyal audiences. When you’re such a powerhouse publisher, the introduction of sponsored content can be a death sentence, and Conde Nast is doing it right by thinking quality first. The fact is, even legacy publishers need to switch up their revenue models in today’s digital landscape, and we’re so pleased to see this mighty publisher doing sponsored their own way. –Sailthru

Glossy magazine publisher Conde Nast, which owns Vogue and Vanity Fair, is enlisting its editors to consult with advertisers and help them create articles and images.

The move — which comes with the rollout of 23 Stories by Conde Nast, a new department charged with creating content for brands — is a sea change at Conde Nast. It has so far kept editors at arm’s length from advertising content even as competitors like Hearst and Refinery29 have put editorial to work for brands.

Last year, the company’s former editorial director, Tom Wallace, drafted an internal document — which one editor called a Magna Carta” — about the company’s approach to native ads. The document said neither editors nor magazine’s logos can appear in native ads. It did not specifically prohibit editors from working in some capacity with advertisers. (Mr. Wallace left the company over the summer.)

“We have the full support of our editorial teams, from Anna on down,” said Edward Menicheschi, CMO-president of the Conde Nast Media Group, referring to Vogue Editor Anna Wintour.

Much of the other content created for brands is “crap,” Mr. Menicheschi added. “We’re going to do it better,” he said. “If we touch it, it will be good or we’re not going to do it.”

Conde Nast Entertainment, the company’s video arm, will also work with 23 Stories to develop and produce video on behalf of advertisers.

Publishers of various size and mission have carved out so-called content studios in the last couple of years, with digital-only companies like BuzzFeed, Slate and Mashable representing the vanguard. Legacy publishers such as The New York Times and Time Inc. have introduced similar departments in the past year.

By providing brands with additional creative services, as well as placements within their streams of editorial content online — the latter is usually described as a native ad — publishers are trying to capture advertising money flowing to digital media. Revenues at some publishers have fattened as a result, but their profit margins are often squeezed because staffing a content studio costs more than selling a print or digital-display ad.

Conde Nast publications such as Wired and Vanity Fair have already hired outside editors to create content on behalf of advertisers. And there’s a group within Conde Nast that helps the various publishers with this task. But Mr. Menicheschi said 23 Stories differs because it provides better audience targeting, increases the size of the audience and uses editors for the first time.

When an advertiser spends a certain amount with Conde Nast — Mr. Menicheschi declined to say how much — they get access to the content studio, including editors. If, for instance, a beauty company uses 23 Stories, editors from Conde Nast’s beauty-focused magazine Allure would work with the company to produce articles.

There’s no firewall in place to prevent those editors from writing editorial content about the advertiser. However, Mr. Menicheschi said the company will mark the ads as sponsored content.

“By clearly labeling it, we’re making sure the consumer’s needs are served,” he said.

Conde Nast is currently in talks with major advertisers for 23 Stories, though Mr. Menicheschi declined to name them. In early February, he plans to depart on a 10-city road show to tell marketers about the program.

Leading the content studio and reporting to Mr. Menicheschi is Conde Nast rising star Pat Connolly, who is VP-marketing solutions at Conde Nast Media Group. An executive from Conde Nast Entertainment will be named soon to oversee video production and development.

The name 23 Stories comes from the number of floors Conde Nast occupies in its new headquarters at One World Trade Center.

The roll out of 23 Stories is the first major move by Mr. Menicheschi, who ascended to his new role from publisher of Vanity Fair in August. It also follows a bruising year for Conde Nast, which saw declines in print ad pages across most of its magazines, as well as widespread layoffs.

Print advertising remains the company’s primary source of revenue, but Mr. Menicheschi is looking to grow digital sales. The company got the ad and media industries talking in December when it teamed up with media agency GroupM for a deal that guarantees GroupM’s digital-display ads will be 100% in view to readers. That far exceeds the current industry standard.

This article was written by msebastian@adage.com (Michael Sebastian) from Ad Age and was legally licensed through the NewsCred publisher network. 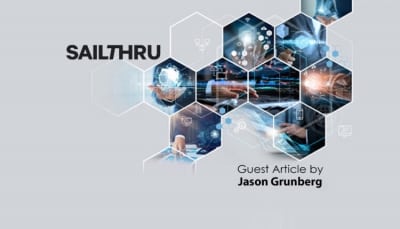 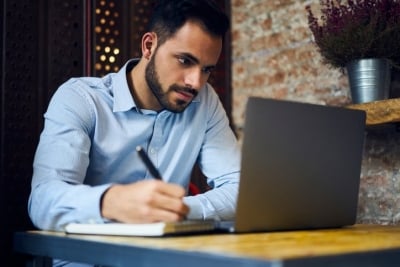