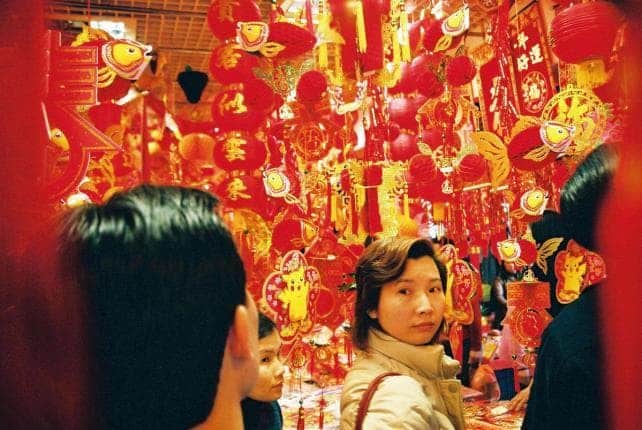 The Chinese New Year “hungbao” craze is the perfect example of how brands who intimately know their audience and pay attention to the data reap the rewards. It’s also a testament to the rapid evolution of consumer expectations and engagement with brands. You need to read this piece from AdAge to see how Chinese New Year is becoming a veritable viral event and huge revenue opportunity for marketers. –Sailthru

To make it fun and social, the app created a game that divided money up randomly between friends, so they might wind up with a little cash or a lot. In just over a week, 40 million envelopes were shared. To give or receive money, people link their bank card to the app a clever move to get the app ready for e-commerce.

Almost all China’s big tech companies are doing digital red envelopes now. This year other Western and local brands joined in, by using tech platforms for giveaways. And on Feb. 18, the eve of the holiday, WeChat logged 1.01 billion hongbao exchanges in a single day, including gifts between friends and from brands, the app’s parent company Tencent said.

Brands’ red envelopes for the holiday were essentially dressed-up mobile coupons, which are popular here. A PwC survey found last year that 68% of consumers believe getting freebies is an important factor in mobile ads.

“Social and mobile are two of the biggest trends in China today, and digital red envelopes sit at the intersection of this, so it’s unsurprising that brands are finding ways to raise brand engagement and encourage consumer spending,” Tom Birtwhistle, who does digital consulting at PwC Hong Kong, wrote in an email. Another survey from the consultancy found that Chinese consumers’ engagement with social networks is unmatched globally, which Mr. Birtwhistle called a “key reason for the ‘viral’ success of the hongbao phenomenon.”

One digital couponing innovation came in an unlikely setting — the Feb. 18 Chinese New Year gala on China’s state TV network CCTV, a four-and-a-half hour show that draws about 700 million viewers a year. It’s a blend of old-fashioned musical numbers, government propaganda, gaudy costumes and military songs, and it’s been going on for 32 years.

This time, little icons popped up in the corner of TV screens showing a hand gripping a smartphone. That was a signal for viewers to shake their phones to compete via WeChat for cash giveaways or mobile coupons from sponsors, from Chevrolet to Huawei electronics to the local Yili milk brand.

Games were big. Alibaba founder Jack Ma asked users to play a guessing game with him, giving away 999,999 hongbaos to winners in 2 minutes and 36 seconds on Jan. 19.

Alipay Wallet also offered brand discount hongbaos. A hilarious coupon purportedly offering $2.40 off a Maserati generated a lot of buzz on social networks but it was a fake, according to Alibaba.

For brands, what are the takeaways?

Campaigns can be powerful in China if they tap into gamification and peer pressure on social networks, with people asked to share prizes with friends, said Kestrel Lee, executive creative director of George P. Johnson Greater China.

Hongbaos also use flash sale mechanics, which he notes are highly popular on WeChat (388 Smart cars once sold in three minutes on the app last year.)

But “there are tons of creative opportunities beyond just giving discounts or money away, that are not capitalized on by the traditional media and brand advertising agencies, whose business model revolves around paid media, not owned or shareable media,” Mr. Lee said.

Xiaofeng Wang, senior analyst at Forrester Research, doesn’t consider most brands’ experiences with WeChat or Alipay Wallet hongbaos successful this year and hopes they can be smarter next year about return on investment.

She noted that sponsors that gave away coupons during the TV gala didn’t get much brand exposure only the people who actually received the coupons, a tiny percentage of viewers, saw them. (One brand that got better exposure on WeChat was e-commerce site JD.com, which gave hongbaos away en masse, she said.)

As for Alipay Wallet, she hopes it can do a better job next year of using data to better match customers with coupons they actually want. And though the fun games for prizes generated buzz, “I clicked so many times on my phone screen I thought it was about to break, but I only got one or two yuan (a few cents) from Alipay Wallet hongbaos,” Ms. Wang said. “Consumers were really disappointed about that.”

From AdAge.com, 02-26-2015, copyright Crain Communications Inc. 2013. This article was written by adageeditor@adage.com (Angela Doland) and was legally licensed through the NewsCred publisher network.