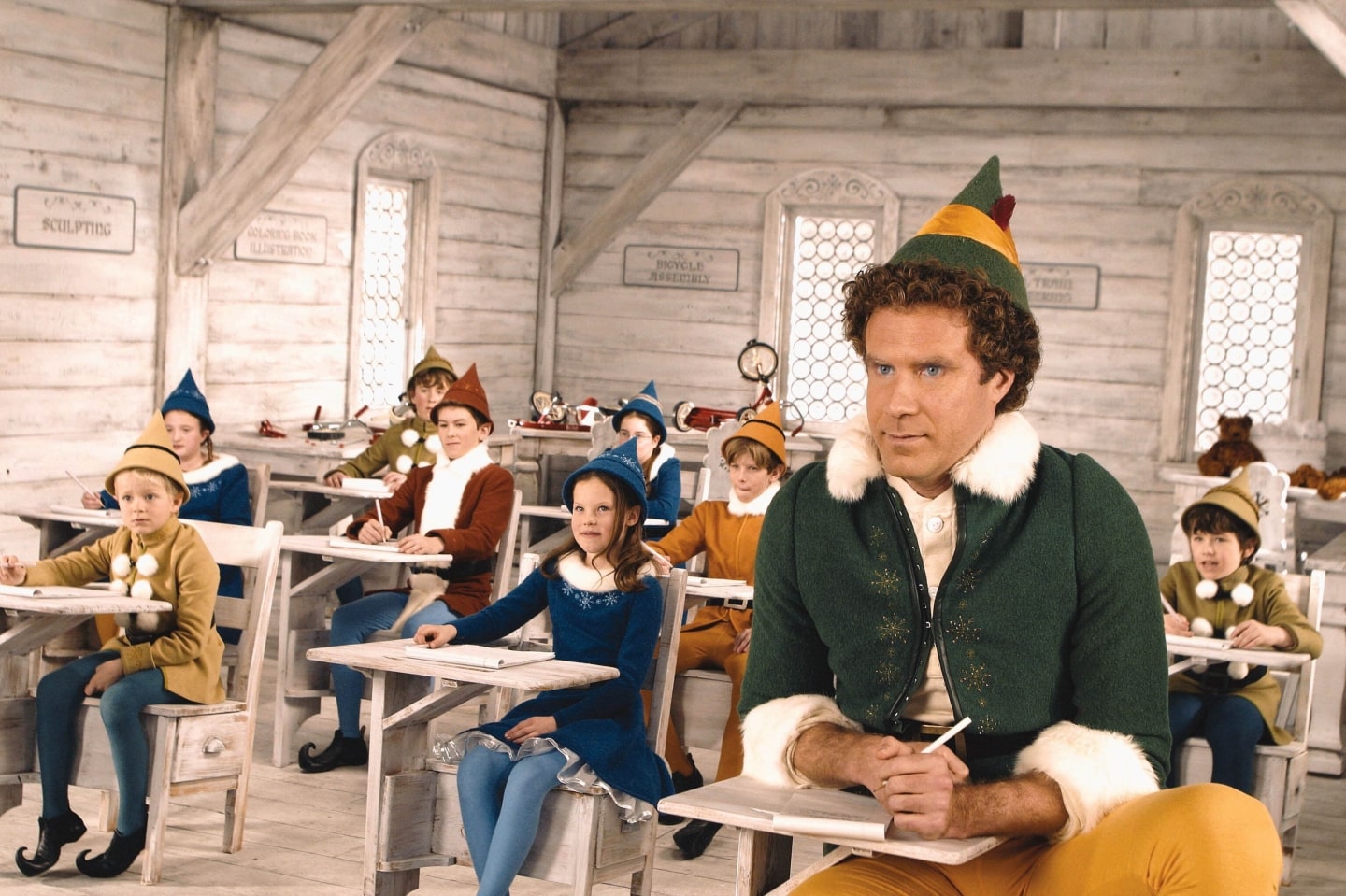 With Holiday shopping kicked off and in full swing, Sailthru continued to dig into our data on subject lines from emails sent last year to determine how specific words, characters, and combinations impact email performance during the holidays. The following recommendations come from a sample of 89,932 subject lines for emails sent by Sailthru customers during the 2015 holiday season. In particular, these findings come from a subset of those emails specifically referencing Christmas or the December Holidays. 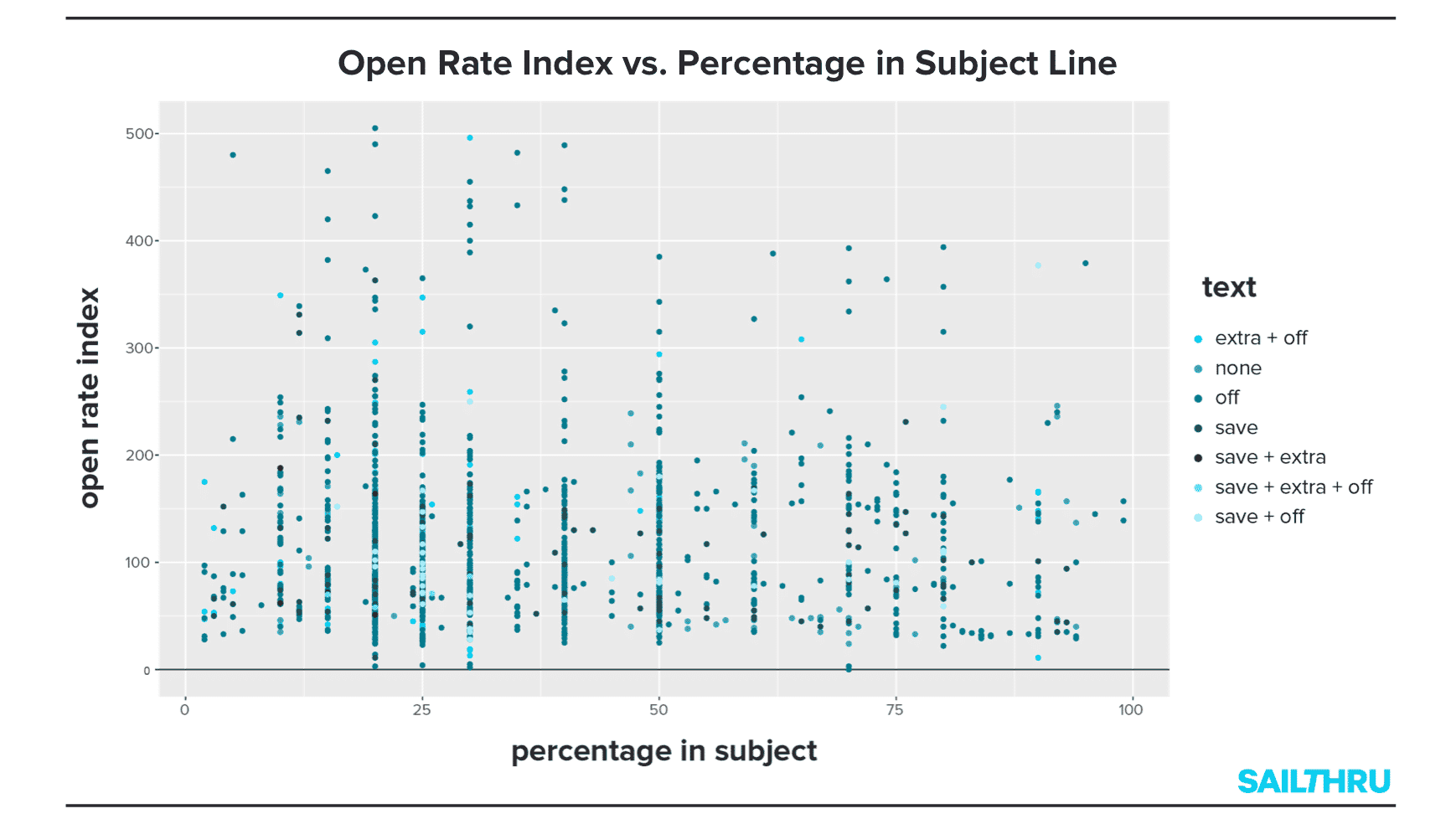 3. Don’t Worry About the Length

Like the results from our Black Friday and Cyber Monday analysis, data from our sample suggests that there’s little correlation between the length of a subject line in words and the open rates when it comes to Christmas emails. In fact, our data suggests that longer subject lines—12-16 words—may in fact perform better overall. 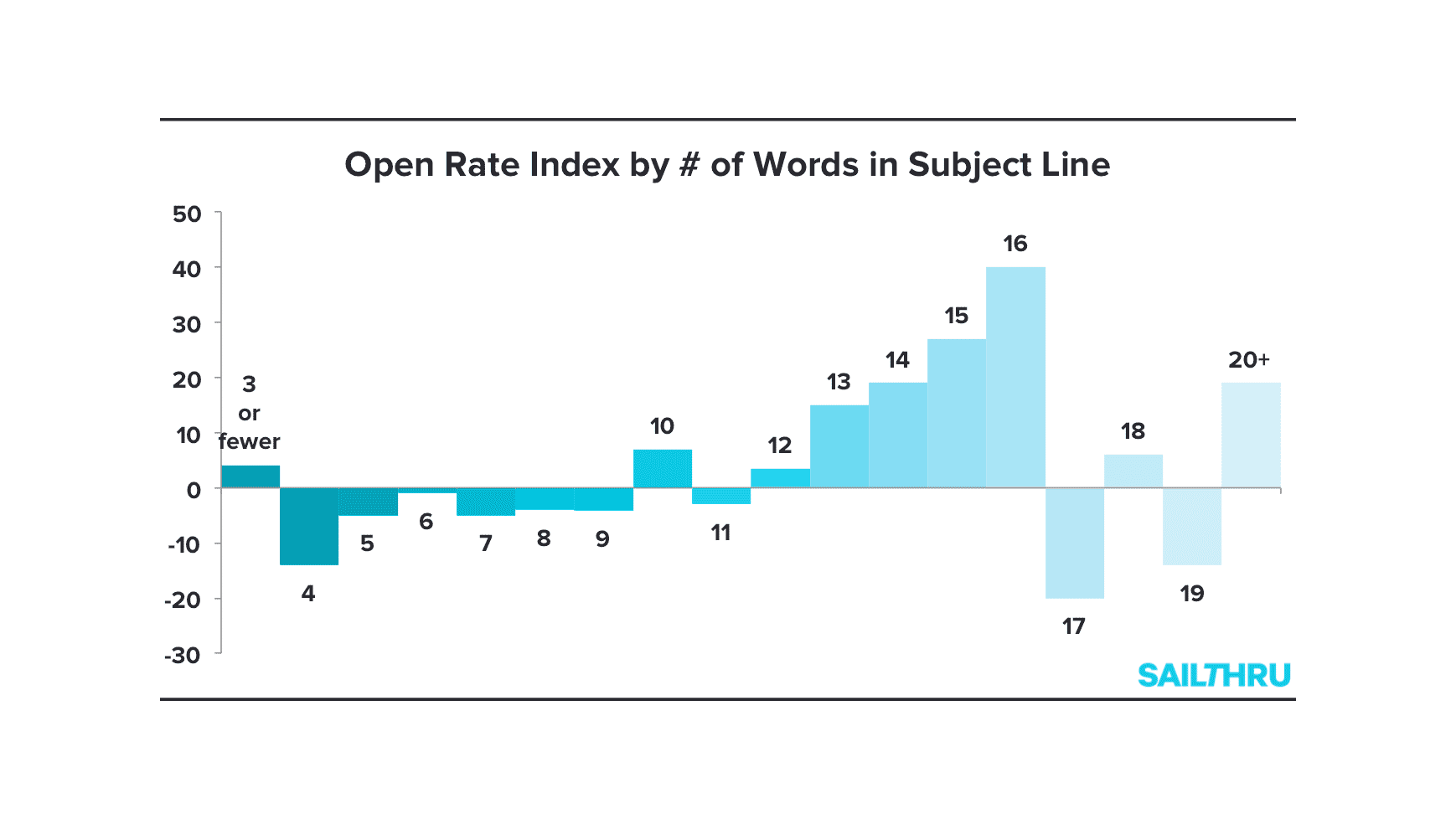 Similarly, performance results varied greatly based on the average length of words used in subject lines. As such, don’t worry about using shorter words in your subject lines, and generally be as verbose as you need to be to get the message across, within reason. 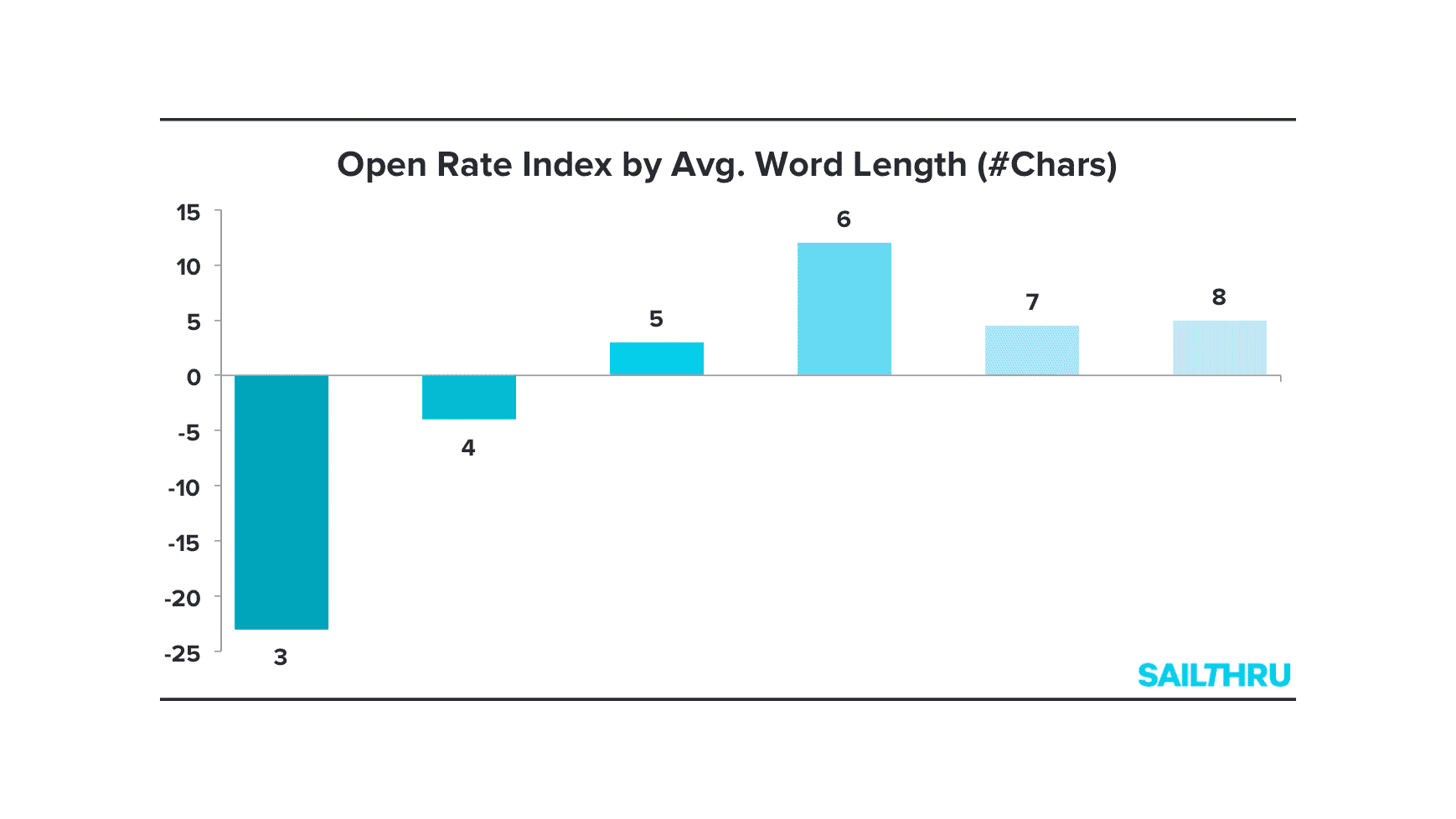 Here are some of the most commonly-used terms in Christmas and Holiday emails, and how they affected open rate performance vs. the baseline. 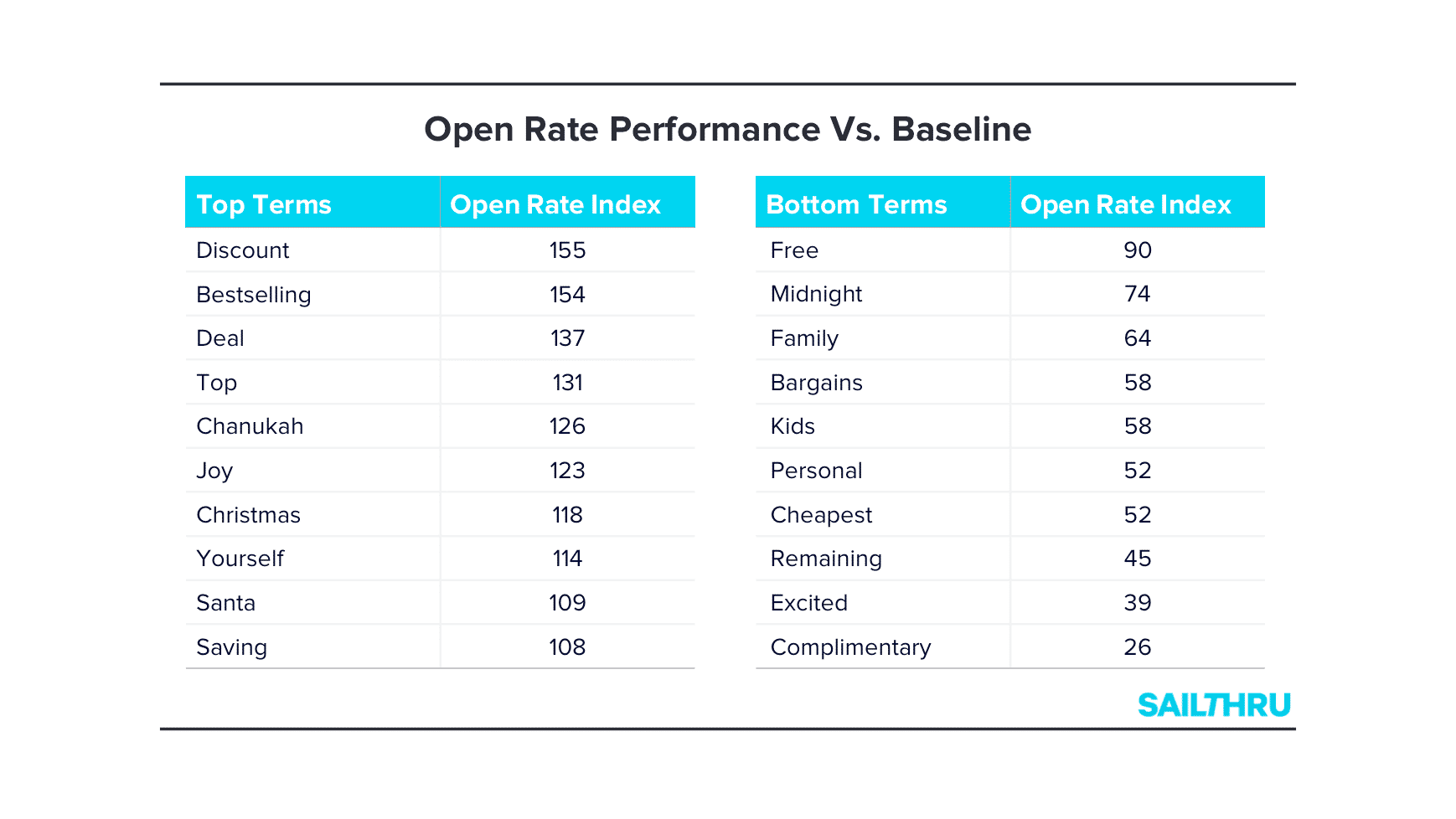 Emails with subject lines that contained unicode special characters or emoji such as ☺, ④, or → performed slightly better than average in terms of open rates (open rate index 117).

Should any of these recommendations fly in the face of conventional wisdom within your organization, we’re here to help! With billions of emails about to be sent this holiday season, and billions of online commerce dollars at stake, marketers will be pulling out all of the stops to climb to the top of the inbox, and climb over your email! Ecommerce and retail professionals should at minimum earmark 10 – 20% of their holiday marketing programs to test the recommendations outlined above, and expand the test based on the results. Happy Christmahanakwansika from all of us at Sailthru.