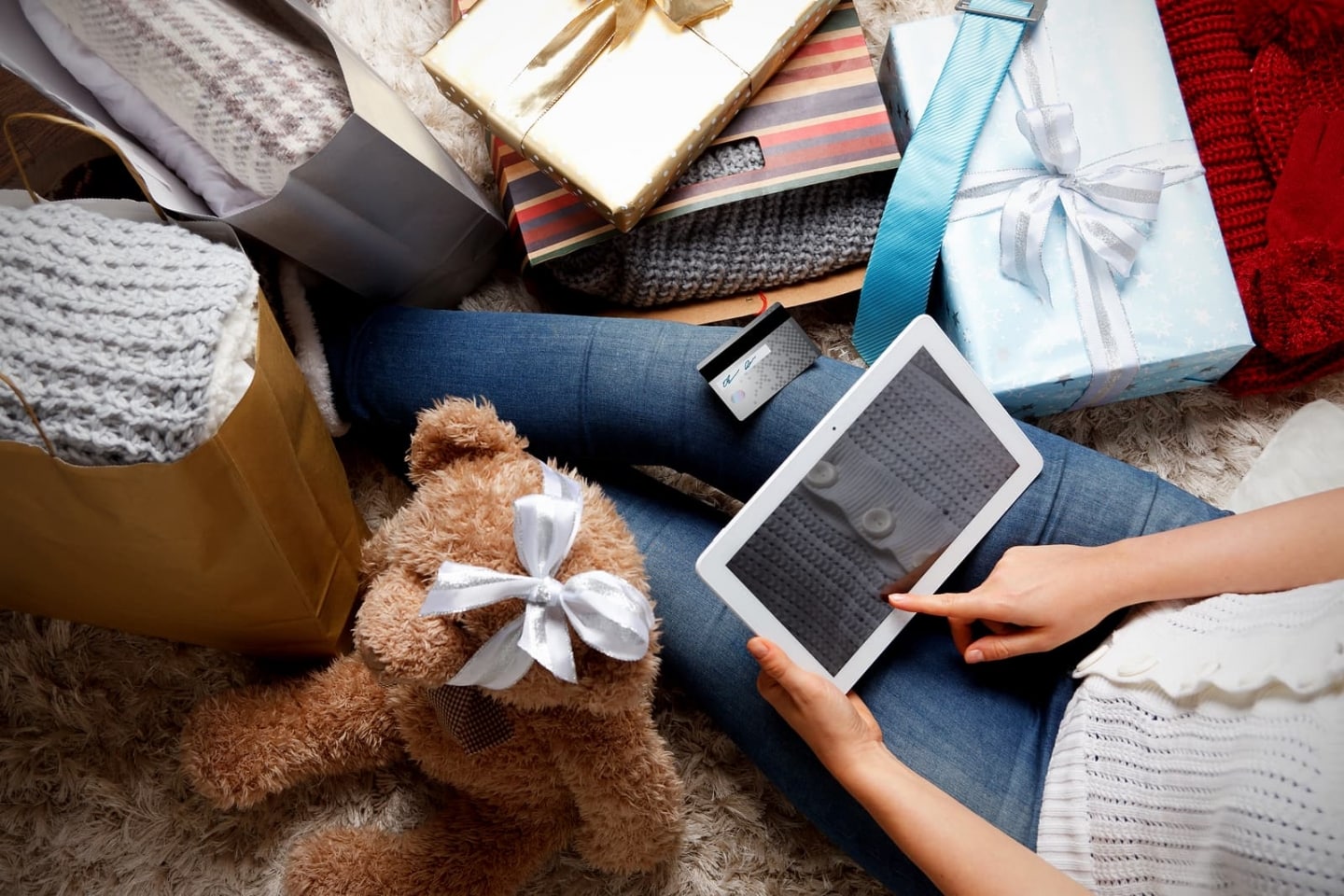 Don’t forget to download Sailthru’s 2016 Holiday Marketing Playbook for more holiday marketing trends, forecasts and best practices to help you win this season and beyond!

With the Thanksgiving holiday upon us, Sailthru took a look at historic subject lines from emails sent last year to determine how specific words, characters, and combinations impact email performance. The following recommendations come from a sample of 89,932 subject lines for emails sent by Sailthru customers during the 2015 holiday season. In particular, these findings come from a subset of those emails specifically referencing either Black Friday or Cyber Monday.

2. Don’t Worry About the Length

Data from our sample suggests that there’s little correlation between the length of a subject line in words and the open rates when it comes to Black Friday and Cyber Monday emails. In fact, our larger analysis suggests that longer subject lines—8-15 words—may in fact perform better overall. 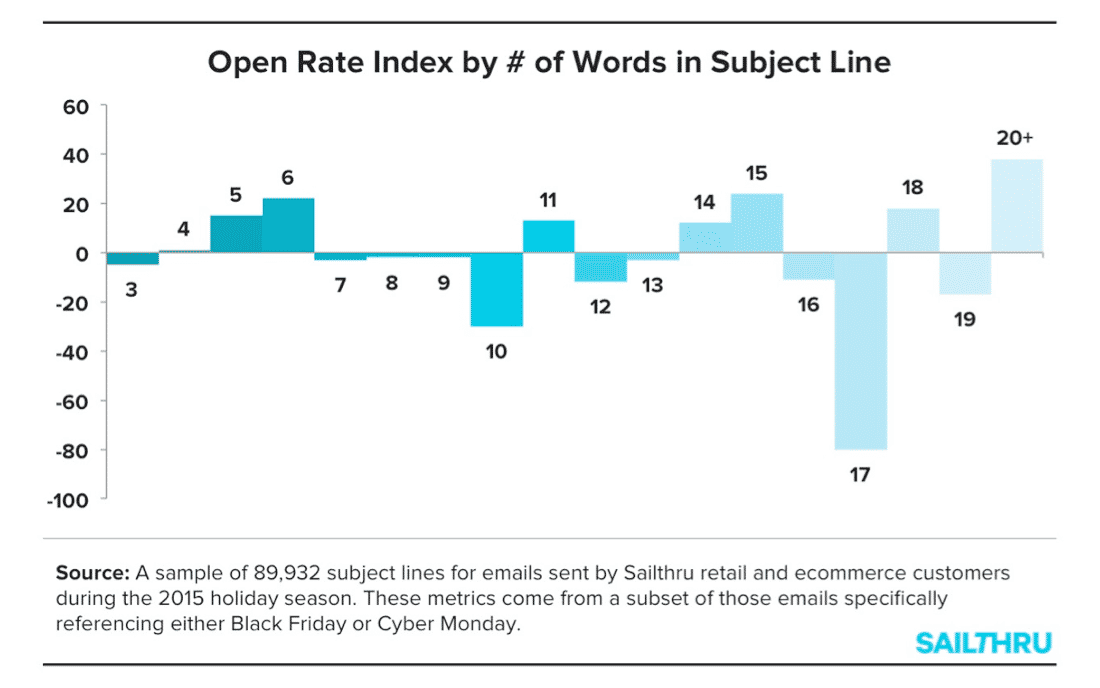 Similarly, results were all over the place based on the average length of words used in subject lines. As such, don’t worry about using shorter words in your subject lines, and generally be as verbose as you need to be to get the message across. 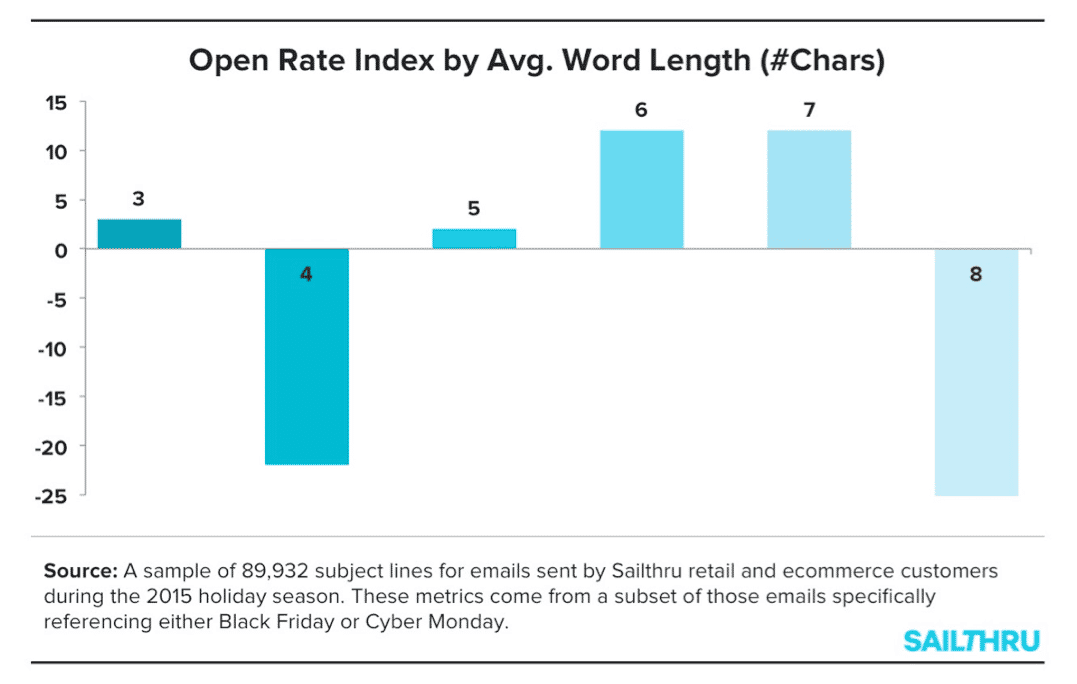 4. Deals and Sales are Compelling, but Doorbusters less so

Black Friday and Cyber Monday emails that mentioned a “Deal” or “Sale” in the subject line averaged higher open rates (106 and 110 open rate indexes, respectively), but subject lines containing the term “doorbuster” generally underperformed (94 index). Don’t think of this as a referendum on in-store shopping, however: emails with “In-store” in the subject line were 26% more likely to be opened (index 126).

5. Leave out Prices and Percentages Unless Advertising 50% off or more

Emails with a price in the subject line were on average 11% less likely to be opened (index 89), and likewise for emails with a percentage in the subject line (typically represented as “XX% Off!”), which were 7% less likely to be opened. That said, the actual numbers used may play a crucial part: Subject lines advertising 50% off or more averaged open rates 36% higher, whereas subject lines advertising savings of 49% off or less averaged open rates 14% lower than the baseline.

As an extra bonus, here are some of the most commonly-used terms in Black Friday and Cyber Monday emails, and how they affected open rate performance vs. the baseline. 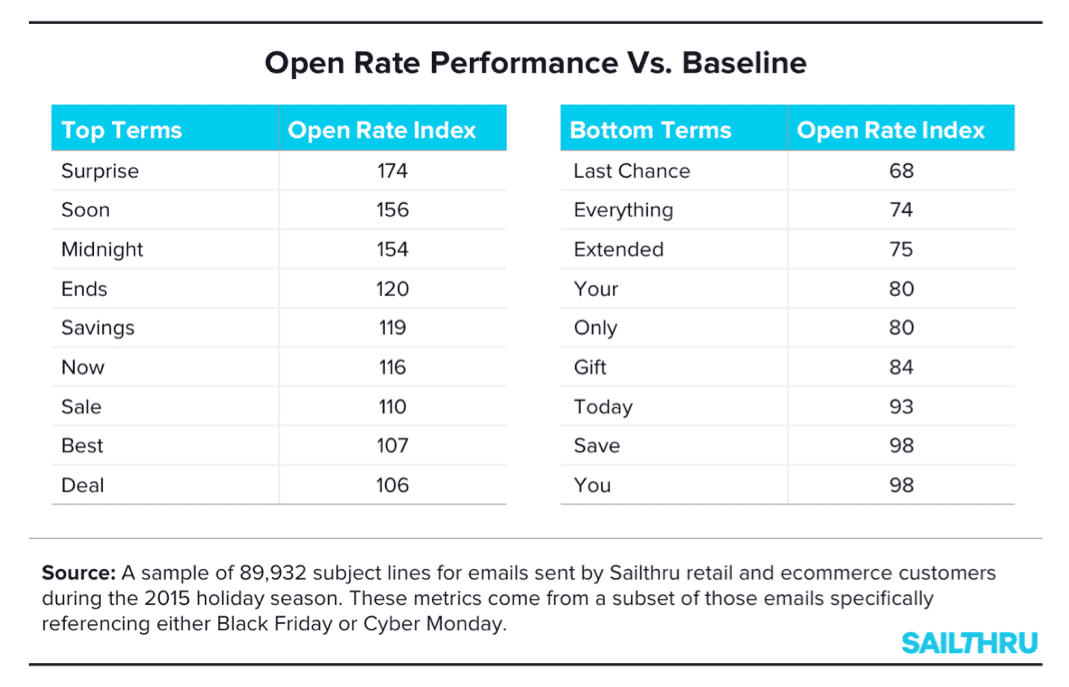