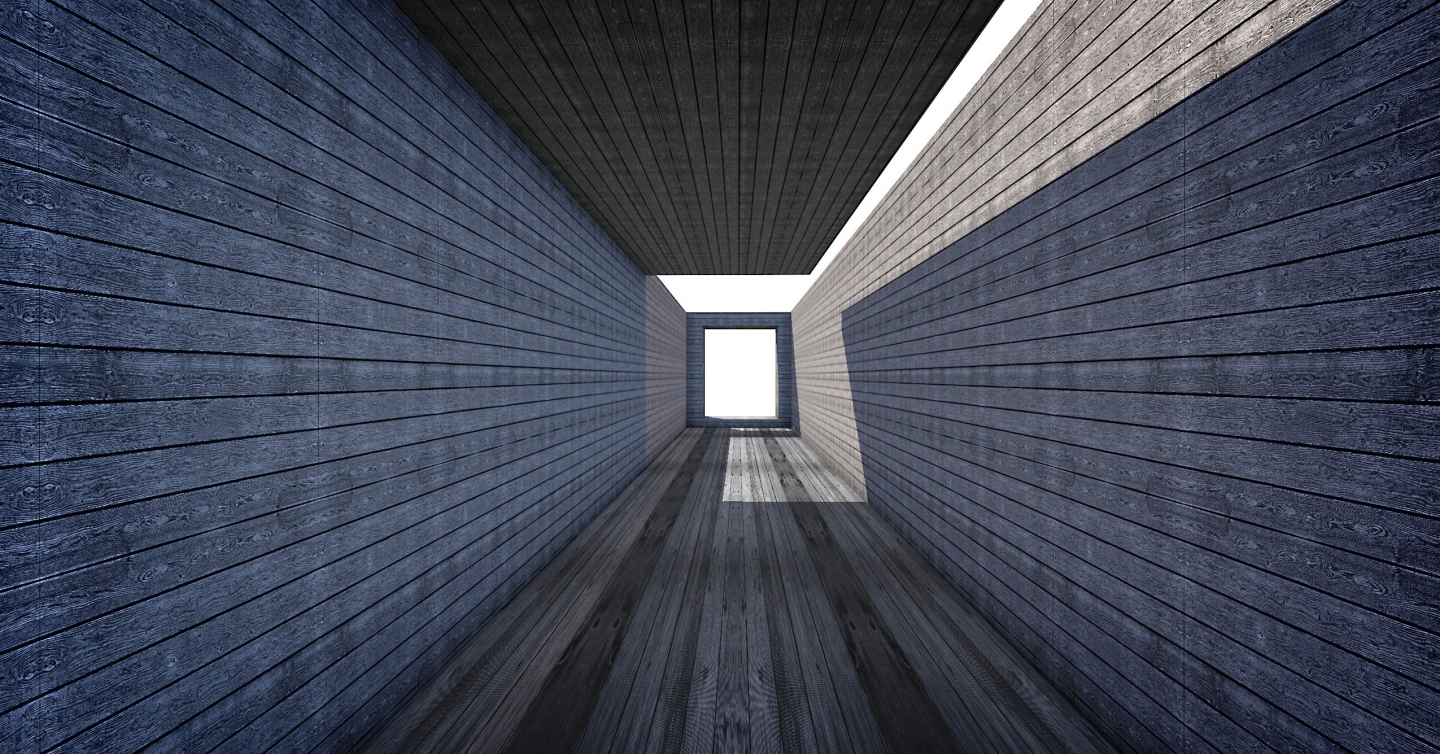 There is perhaps no group of companies more keenly aware of the value of repeat customers than digital media enterprises. Of course, in the case of media companies, repeat customers are often expressed as repeat visits, since visits drive pageviews and pageviews drive advertising dollars. But each page view is worth pennies. Therefore, it’s crucial that media companies entice their visitors to return again and again, to engage more deeply with their content each time. It’s the loyal and committed who drive media traffic and revenues.

Working with digital media companies, we’ve found the value of loyalty to be higher than we, or our clients, expected. Forget the 80/20 rule, which states that 80% of revenues are generated by 20% of customers. In digital media, 2 to 3% of visitors often drive 95% of revenues.

Yet media companies freely admit to internal barriers that still prevent interested readers from becoming loyal repeat visitors. Some of these barriers are relatively easy to dismantle–if publishers can leverage the immense value of cross-channel personalization, like many Sailthru customers have done.

Readers live in a multi-channel world. Why not media companies?

We studied how media executives approach customer retention and how they leverage it throughout their enterprises. It makes much more sense to cultivate loyalty rather than rely on waves of “one and done” visitors. It’s also a lot cheaper. But we also know that many companies, on both the retail and the media sides, aren’t doing as much as they could be with customer retention.

We asked media executives about the internal barriers preventing individuals from becoming loyal visitors to their sites. The top three answers had one thing in common: They’re not that hard to fix. 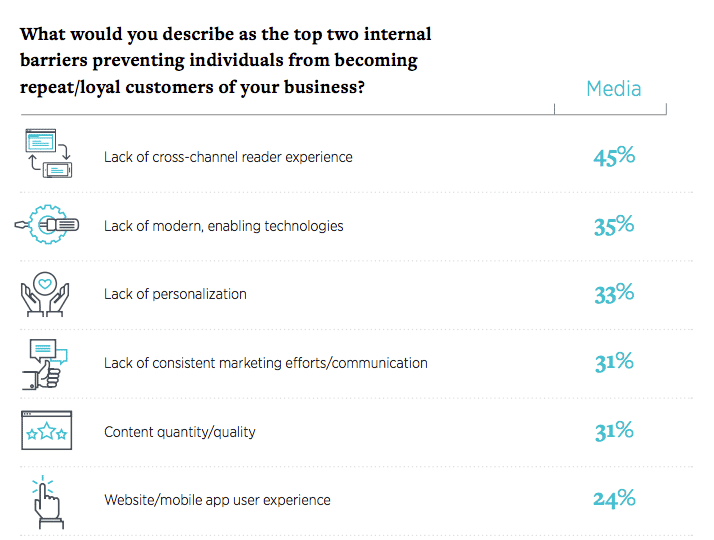 Yes, in some cases a shift in mindset is necessary. In others, there may need to be some changes in budget allocation. But unlike some of the answers further down the list, they’re totally doable.

Lack of cross-channel reader experience is the top barrier, according to 45% of media executives. Given the terrific revenue and margin pressures facing the digital media industry, that’s just sad. These executives understand the importance of a cross-channel reader experience. They also seem to understand that it’s something their readers want. But due to either inertia or a lack of political will, they’re not able to offer it.

The next two reasons are similarly frustrating

According to 35% of media executives, the second-most common barrier to better reader loyalty is a lack of modern, enabling technologies. Number three, at 33%, was a lack of personalization.

Obviously, it’s possible for media companies to get the modern technologies they say they are lacking. These organizations just haven’t made it a priority. It’s much less straightforward to fix some of the other challenges that media companies cite as inhibiting to customer loyalty.

Some 31% of media organizations said a lack of consistent marketing efforts and communications were at least partly to blame. Sometimes the left hand doesn’t know what the right is doing.

An equal number of publishers, 31%, said the quantity and quality of their content was at least partly to blame. That can be expensive to fix. And as every publisher knows, “high quality” content” is not necessarily what drives traffic. 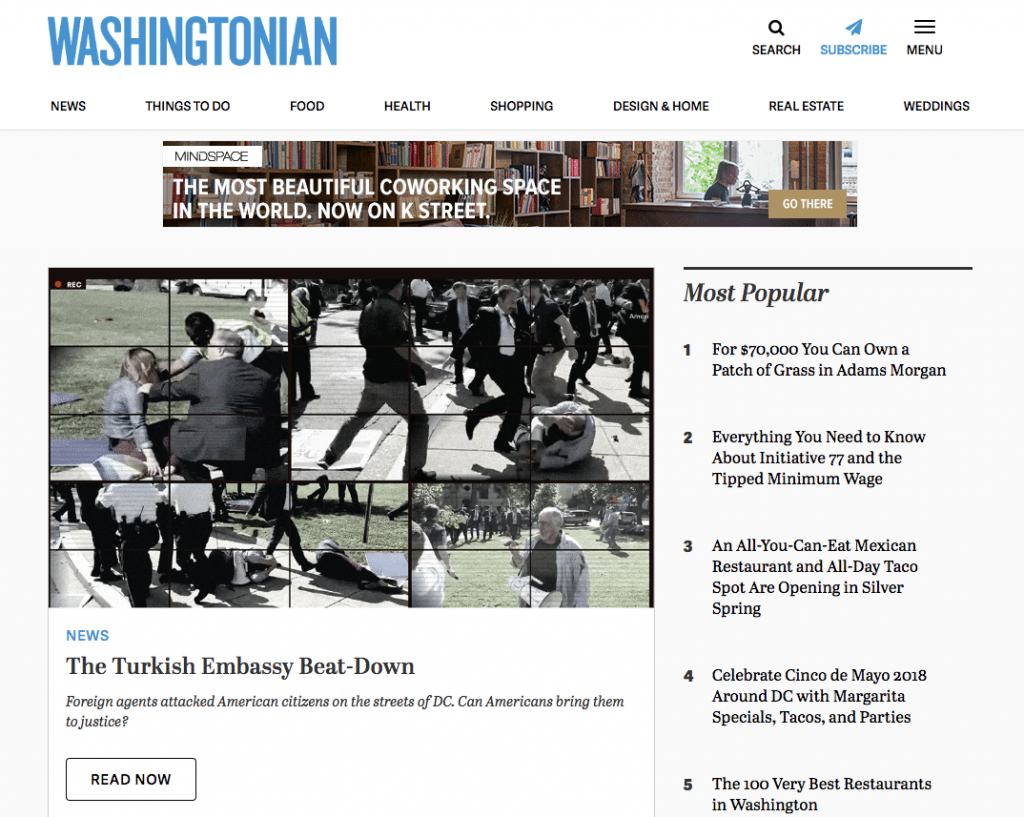 The last answer, at 24%, was that the website or mobile app experience wasn’t up to par. But changes at the The Washingtonian, for example, show that sometimes a basic design actually drives more traffic, and loyalty, than one that is supposed to be cutting-edge.

The takeaway for publishers, then, should be to fix the sure things first. If you know that many of the top barriers to developing more loyal customers can be fixed with better technology, then there’s no reason not to take action.

For publishers, there’s no reason to delay.