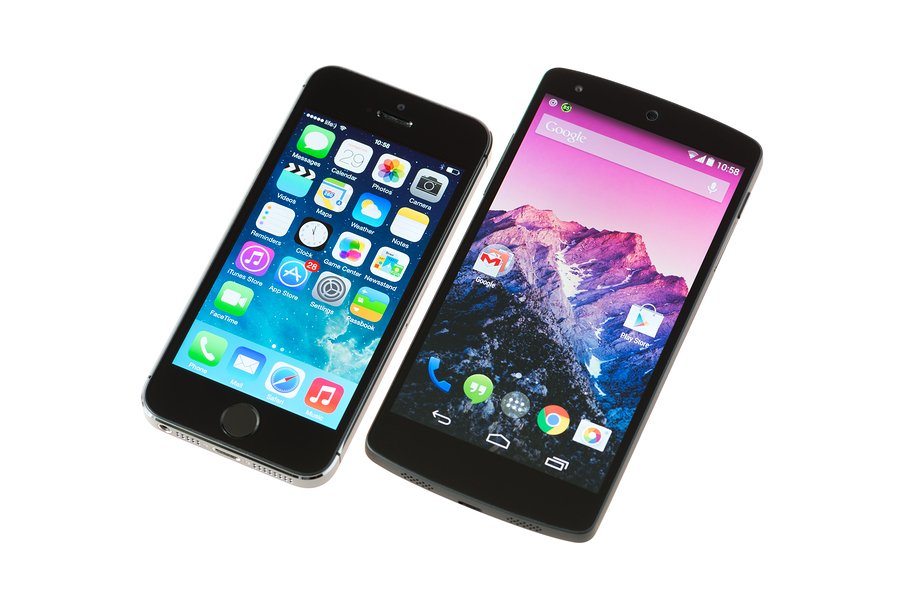 Smartphones are dominating open rates for email marketing on every key shopping date in the 2014 holiday season, but that’s no surprise. We’ve long seen this trend emerge as mobile device adoption continues to grow worldwide, and based on our ongoing holiday data analysis of millions of emails from Thanksgiving through Black Friday, the trend we’re seeing regarding opens is consistent with rest of year data: consumers open on the go and then conversion from these devices drops off.

Yet open rates are just the tip of the iceberg. Retail marketers need to be focused on conversion, Average Order Value (AOV) and Revenue Per Click (RPC). These metrics that matter are where there’s a holiday pattern that for some may be shocking… Android users are just as valuable as iPhone users.

The widely held notion that iPhone users spend far more than Android users might be true for rest of year, but during the highest revenue generating season, the competition is fierce. 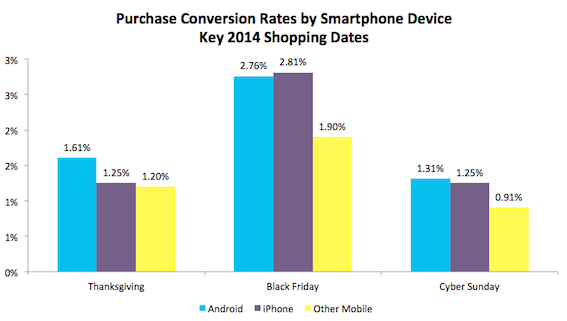 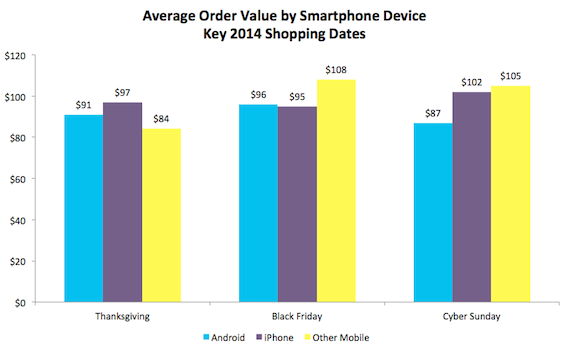 Android vs. Apple: RPC Nets Even

But no where is this parity more apparent than in Revenue Per Click–a key metric for tracking, testing and analyzing success. On Black Friday, for example, iPhone users generated $2.66 per email click and Android users delivered $2.65 per click, which is far closer than marketers may have predicted.

This post was written by and based on data analysis from Marielle Hanke (Sr. Manager of Analytics) and Steve Wood (Optimization Analyst).